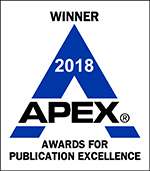 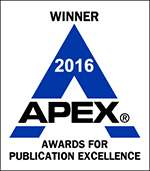 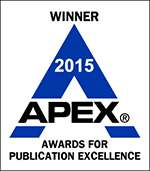 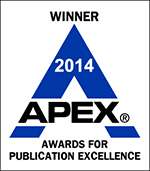 BioQuick® Online News LLC is dedicated to the timely reporting of key life science and medical advances from around the globe. BioQuick is a wholly independent publication and presently has readers in over 160 countries. BioQuick also has a Japanese-language edition, directed by Yoshimitsu Obata, MS, in Tokyo. BioQuick has received prestigious APEX Awards for Publishing Excellence in nine consecutive years: 2010-2018. BioQuick currently offers over 6,000 fully accessible articles on major life science and medical advances of the last ten years, and a total of nearly 850,000 page views in that time. A particular topic can be easily looked for using the publication’s powerful search engine. Recently, BioQuick has had the pleasure of serving as a media partner for a number of major scientific events, including the Precision Medicine World Conference (PMWC) Virtual Annual Meeting 2021 (Jan 25-27), the International Society for Extracellular Vesicles (ISEV) Virtual Annual Meeting 2020 (July 20-22), the Precision Medicine World Conference (PMWC) 2020 (Silicon Valley, Santa Clara, California) (Jan 21-24), the American Society for Exosomes and Microvesicles (ASEMV) Annual Meeting 2019 (Asilomar/Monterey, California),  the 2016 Molecular Medicine Tri-Conference (San Francisco, California); and the 2016 International Society for Extracellular Vesicles (ISEV) Meeting (Rotterdam, the Netherlands). BioQuick is actively seeking additional advertising and sponsorship. BioQuick is a registered trademark of Michael D. O’Neill.

BioQuick is edited and published by long-time science writer& editor Michael D. O’Neill. Mike has over 30 years experience in science writing and editing, including editing and writing for BioBeat Online Magazine, an award-winning magazine published by Applied Biosystems. He holds a master’s degree in Immunology & Microbiology from Duke University, and a bachelor’s degree in Biology (highest honors) from SUNY@Purchase. Mike also studied English at Yale University. Over the years, Mike has won numerous industry awards for science and medical writing, as well as for news and feature writing. He is available for freelance assignments.

In college at SUNY@Purchase, Mike’s academic advisor was plant biologist and Biology Department Chairman Curtis Williams, who had previously been at The Rockefeller University and is credited with inventing gel immunoelectrophoresis. Mike also studied genetics under famed geneticist Lee Ehrman, also previously at The Rockefeller University, and a one-time graduate student of Theodosius Dobzhansky at Columbia University in New York City. Among other seminal accomplishments, Dobzhansky published “Genetics and the Origin of Species” in 1937. This work has been described as “one of the major works of the modern evolutionary synthesis, the synthesis of evolutionary biology with genetics.”

While at SUNY@Purchase, Mike did his senior thesis based on his work performed in the laboratory of Dr. Ronald Faanes, at the Sloan-Kettering Cancer Research Laboratory. Dr. Faanes was a tumor immunologist who came to New York from the University of Minnesota when Dr. Robert Good became the director of the Memorial Sloan-Kettering Cancer Center.

After college, Mike attended graduate school in the Department of Microbiology & Immunology at Duke University, where he worked first in the laboratory of immunologist Dr. Linda Gooding, just down the hall from the office of famed scientist/physician and HLA pioneer Dr. Bernard Amos. Mike later worked in the laboratory of immunochemist Dr. Eugene Day. Dr. Day’s focus at that time was the investigation of experimental allergic encephalitis (EAE) in rats that was brought on by injection of myelin basic protein. This was an animal model for human multiple sclerosis. Mike’s master’s thesis at Duke was written on the RNA virus Q-beta bacteriophage and its key enzyme Q-beta replicase.

After a year teaching high school AP biology and chemistry in the San Frncisco Bay area, Mike moved on to a variety of publishing and writing-related positions. In 1990, he began work at Applied Biosystems, Inc. (ABI) in Foster City, California. Mike worked for 15 years at this prominent biotech company, which had introduced the first commercially available automated protein sequencer and the first commercially available automated DNA sequencer.

At ABI, Mike began as a technical writer and very shortly became a science writer and editor, working on feature articles describing major scientific advances that were achieved using technology from ABI. He then served as editor of the Biosystems Reporter, ABI’s four-color, quarterly print publication that had a circulation of over 80,000 customers and prospects.

After Applied Biosystems, Mike worked at Clontech Laboratory as a technical writer and then at Exelixis (a developmental cancer drug company) as senior editorial manager.

Over the years, Mike has conducted interviews with such science luminaries as Dr. Francis Collins, now director of the National Institutes of Health (NIH); Dr. Elizabeth Blackburn, co-winner of the 2009 Nobel Prize for Physiology or Medicine for her work on telomeres; Dr. Uta Francke, past president of the American Society of Human Genetics; Dr. Svante Paabo, Director of the Max Planck Institute for Evolutionary Anthropology; Dr. Stephen O’Brien, Chief of the Lab of Genomic Diversity, National Cancer Institute; Dr. Hal Dietz, Director of the William S. Smilow Center for Marfan Syndrome Research at Johns Hopkins; and Dr. William Haseltine, then CEO of Human Genome Sciences. Mike has also written a promotional piece for Dr. Stanley Prusiner, the discoverer of prions and sole winner of the 1997 Nobel Prize for Physiology or Medicine.

Very recently, Mike has become extremely interested in the secreted sub-cellular vesicles known as “exosomes.” He is particularly interested in the enormous clinical potential that exosomes may have. Mike covered the annual meeting of the International Society for Extracellular Vesicles (ISEV) that was held in Boston in 2013. He wrote up a daily blog during this meeting for the ISEV web site and also published a story on the meeting in BioQuick. In October 2014, Mike covered the annual meeting of the American Society for Exosomes and Microvesicles (ASEMV) held at the Asilomar Conference Center in Monterey, California. A detailed report on this meeting, including summaries of all the oral presentations (over 60 in number), was published in BioQuick. A number of additional articles on life science advances involving exosomes have been published in BioQuick.

One of the powerful principles that guides much of Mike’s work is the profound genetic adage, “Treasure your exceptions.”

In the fall of 2015, Mike gave an invited presentation in Chiba, Japan, based on an article he wrote describing market trends in the clinical adoption of LC-MS technology.

More recently, he covered the May 2016 annual meeting of the International Society for Extracellular Vesicles (ISEV) held in Rotterdam, The Netherlands, as the official Society reporter.

Mike’s father, Michael J. O’Neill, served as a U.S. Army war correspondent in North Africa and Italy during World War II (awarded a bronze star for battlefield reporting), and began his civilian career as a reporter for United Press International (UPI) in Madison, Wisconsin. He later covered the White House and managed the Washington, D.C. bureau of the New York Daily News. While in Washington, Michael J. O’Neill authored the NY Daily News front-page story on the funeral of assassinated president John F. Kennedy. This story featured the famous front-page picture of Kennedy’s young son John-John saluting his dead father as the casket passed. Michael J. O’Neill also wrote freelance stories for Medical World News magazine during this time. Ultimately, he became Managing Editor and then Executive Editor of the New York Daily News, which, during his tenure, was the largest-circulation newspaper in the United States.

Mike’s mother, Mary Jane Kilcoyne O’Neill, began her career as a reporter for the Detroit Free Press in her teens, and ultimately became Executive Director of the Eye Bank for Sight Restoration, headquartered in New York City.

BioQuick is a registered trademark of Michael D. O’Neill.

Wherever possible, BioQuick uses free images provided in the press release from which the news item is drawn. BioQuick also gives full credit to the owner of the image if that information is provided with the press release. In those cases where an image is not provided with a release, BioQuick typically goes to the Google image site and selects an image from that site for use with the BioQuick article. BioQuick assumes that because the image is freely available on Google, such images are in the public domain and, therefore, free to use.

BioQuick News is dedicated to the memories of Mike’s father, Michael J. O’Neill, who urged his copy editors at the NY Daily News to “make the copy sing,” of his mother, Mary Jane Kilcoyne O’Neill, who began her newspaper career at the age of 11 in Detroit, and of Mike’s 7th-grade English teacher Mr. Joyce, who drilled into Mike the knowledge of, and the appreciation for, the 16 uses of the noun.