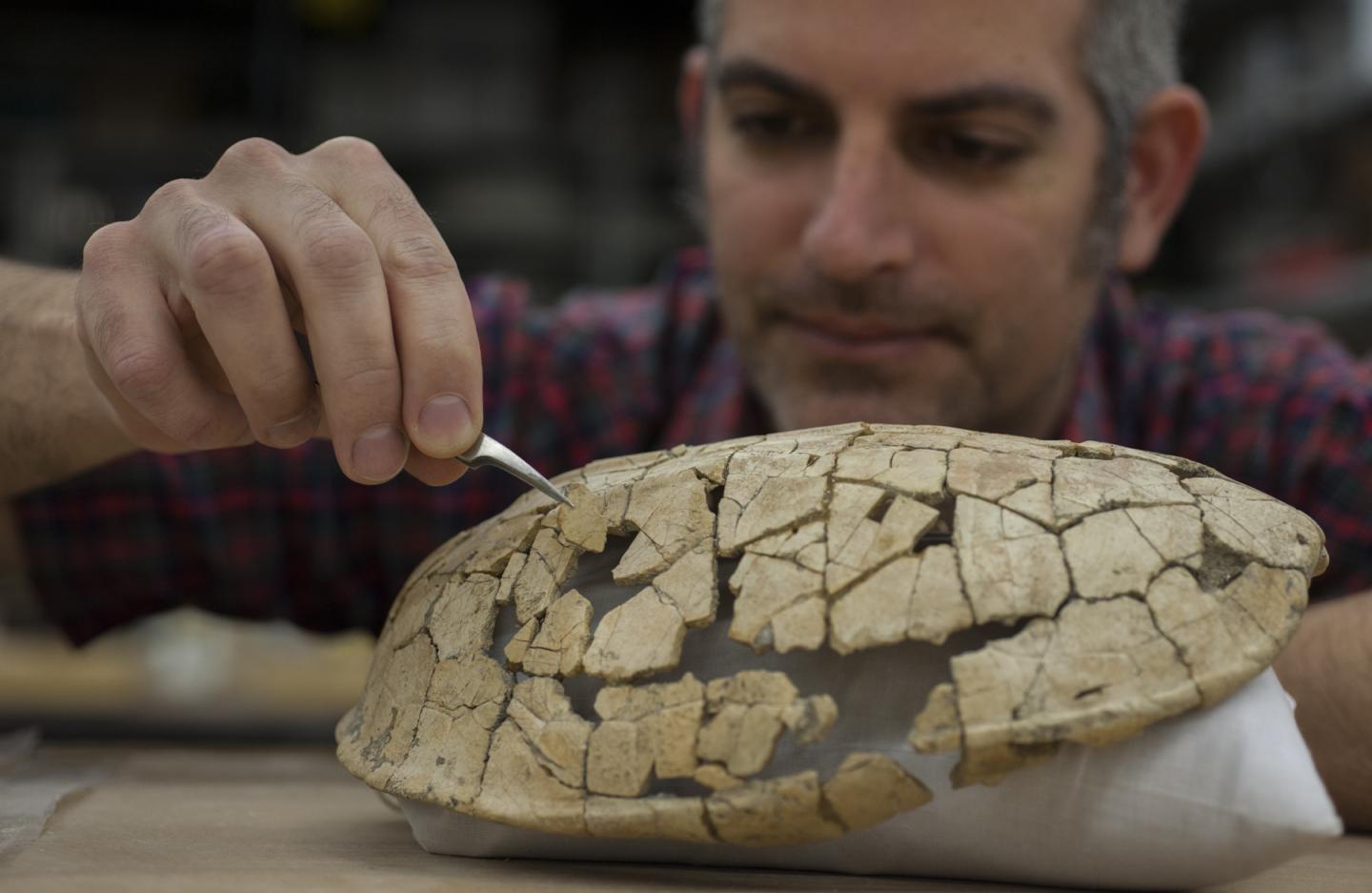 Tropical turtle fossils discovered in Wyoming by University of Florida (UF) scientists reveal that when the earth got warmer, prehistoric turtles headed north. But if today's turtles try the same technique to cope with warming habitats, they might run into trouble. While the fossil turtle and its kin could move northward with higher temperatures, human pressures and habitat loss could prevent a similar modern-day migration, and lead to the extinction of some modern species. The newly discovered genus and species, Gomphochelys nanus, provides a clue to how animals might respond to future climate change, said Dr. Jason Bourque, a paleontologist at the Florida Museum of Natural History at UF and the lead author of the study, which was published online on February 20, 2015 in the Journal of Vertebrate Paleontology. The wayfaring turtle was among the species that researchers believe migrated 500-600 miles north 56 million years ago, during a temperature peak known as the Paleocene-Eocene Thermal Maximum. Lasting approximately 200,000 years, this temperature peak resulted in significant movement and diversification of plants and animals. "We knew that some plants and lizards migrated north when the climate warmed, but this is the first evidence that turtles did the same," Dr. Bourque said. "If global warming continues on its current track, some turtles could once again migrate northward, while others would need to adapt to warmer temperatures or go extinct." The newly identified turtle is an ancestor of the endangered Central American river turtle and other warm-adapted turtles in Belize, Guatemala, and southern Mexico. These modern turtles, however, could face significant roadblocks on a journey north, because much of the natural habitat of these species is in jeopardy, said co-author Dr.
Login Or Register To Read Full Story
Login Register