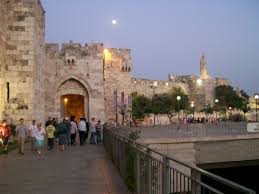 JERUSALEM, OCTOBER 30. The XXIV World Congress of Psychiatric Genetics “Bridging the Gap Between Genes, Brain Function, and Psychiatry” opened today in Jerusalem. Morning and afternoon talks featured educational presentations and were followed, in the early evening, by the opening plenary address by Dr. David Goldstein, Ph.D., Director of the Institute for Genomic Medicine at the Columbia University Medical Center. Dr. Goldstein’s address was titled “Toward Precision Medicine in Neurodevelopmental Diseases.” Dr. Goldstein noted that much of the media tends to describe precision medicine as being able to provide a genetics-based diagnosis that will lead directly to a new treatment addressing the underlying genetic problem. So far, however, this is rarely the case, Dr. Goldstein said. More frequent are cases where a genetic diagnosis leads to a direction for new treatment or cases where the genetic diagnosis does not even establish a direction for a new treatment. Dr. Goldstein gave examples from his experience of all three patterns, and then suggested an approach (cultured neuronal networks) by which to move the latter two less definitive patterns to the first pattern. The first clinical example was that of Cara, an 18-month-old girl with progressive neurological symptoms that had baffled the clinicians who then requested that Dr. Goldstein undertake a sequencing analysis of the young girl and her parents to see if that might reveal any clues. That sequencing effort showed that Cara had compound heterozygous mutations in the gene SLC5A2, which was known to code for a transporter for vitamin B12 and this suggested the treatment of simply giving the girl appropriate doses of B12 which proved effective.
Login Or Register To Read Full Story
Login Register