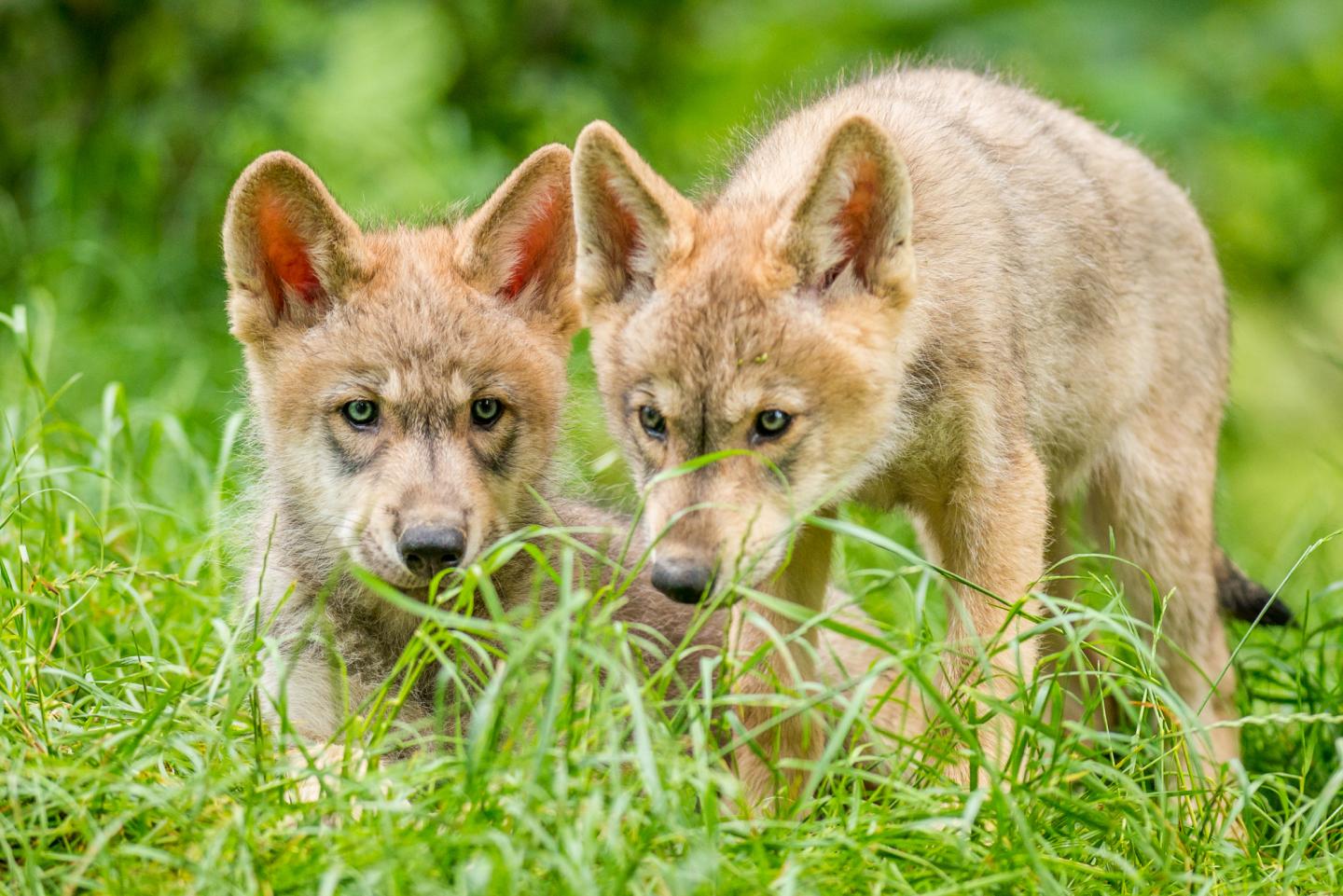 Would you rather get $100 for certain, or have a fifty-fifty chance of receiving either $200 or nothing? Most humans choose the first, as humans tend to be "risk-averse," preferring a guaranteed pay-off over the possibility of a greater reward. It is thought that the human preference for "playing it safe" has evolved through natural selection: when you live precariously, like our remote ancestors, losing all your food reserves might be catastrophic, while adding to them might not make much difference to your chances of survival. Here, in one of the first studies on risk preferences in animals other than primates, scientists show that wolves are consistently more prone than dogs to take risks when gambling for food. When faced with the choice between an insipid food pellet and a fifty-fifty chance of either a tasty meat or an inedible stone, wolves nearly always choose the risky option, whereas dogs are more cautious. "We compared the propensity to take risks in a foraging context between wolves and dogs that had been raised under the same conditions," says Sarah Marshall-Pescini, Ph.D., a postdoctoral fellow at the Messerli Research Institute at the Veterinary University of Vienna and the Wolf Science Centre, Ernstbrunn, Austria, the study's first author. "We found that wolves prefer the risky option significantly more often than dogs. This difference, which seems to be innate, is consistent with the hypothesis that risk preference evolves as a function of ecology." The research was reported in an article published online on August, 23, 2016 in Frontiers.
Login Or Register To Read Full Story
Login Register