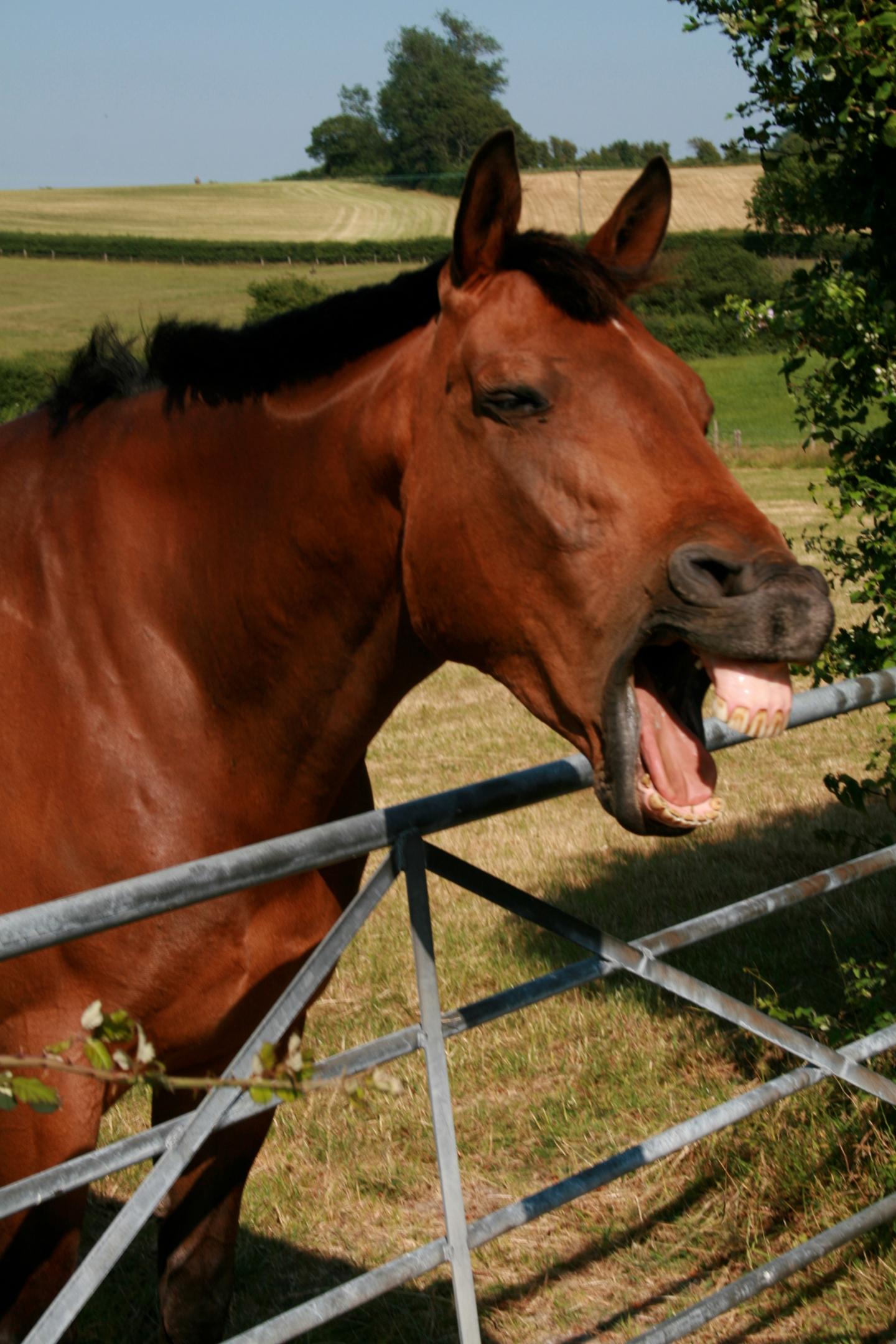 Horses share some surprisingly similar facial expressions with humans and chimps, according to new research from the Mammalian Communication and Cognition University group in the School of Psychology at the University of Sussex in the UK, and colleagues. Mammal communication researchers have shown that, as do humans, horses use muscles underlying various facial features - including their nostrils, lips, and eyes - to alter their facial expressions in a variety of social situations. The findings, published online in the open-access journal PLOS ONE on August 5, 2015, suggest evolutionary parallels in different species in how the face is used for communication. The article is titled “'EquiFACS: The equine Facial Actin Coding System.” [Note that links to multiple popular press articles on this new work are provided at the end of this BioQuick article, as are links to the press release and to the full research article in PLOS ONE.] The study builds on previous research, which had shown that that cues from the face are important for horses to communicate, by developing the first objective coding system to identify different individual facial expressions on the basis of underlying muscle movement. The Equine Facial Action Coding System (EquiFACS), as devised by the Sussex team in collaboration with researchers at the University of Portsmouth in the UK and at Duquesne University in the United States, identified 17 "action units" (discrete facial movements) in horses. This compares with 27 in humans, 13 in chimps, and 16 in dogs. The study's co-lead author, doctoral researcher Jennifer Wathan, said: "Horses are predominantly visual animals, with eyesight that's better than [that of] domestic cats and dogs, yet their use of facial expressions has been largely overlooked.
Login Or Register To Read Full Story
Login Register