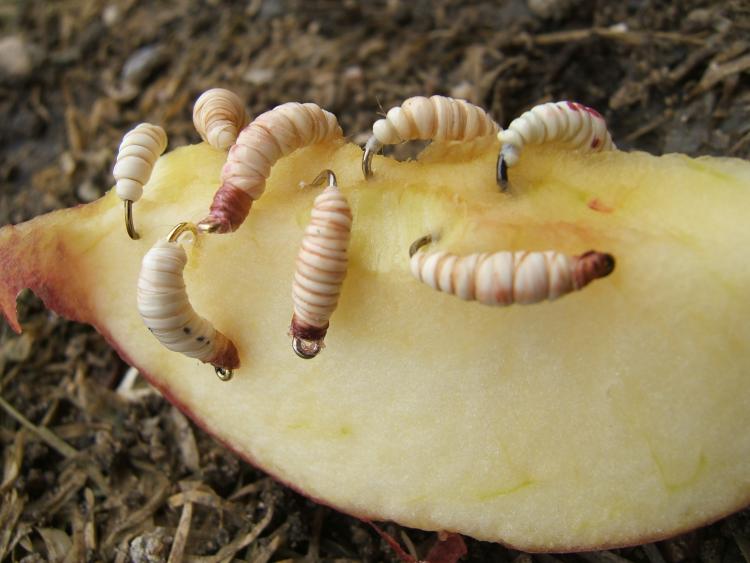 Scientists have found that a caterpillar commercially bred for fishing bait has the ability to biodegrade polyethylene: one of the toughest and most used plastics, frequently found clogging up landfill sites in the form of plastic shopping bags. The wax worm, the larvae of the common insect Galleria mellonella, or greater wax moth, is a scourge of beehives across Europe. In the wild, the worms live as parasites in bee colonies. Wax moths lay their eggs inside hives where the worms hatch and grow on beeswax - hence the name. A chance discovery occurred when one of the scientific team, Dr. Federica Bertocchini, an amateur beekeeper, was removing the parasitic pests from the honeycombs in her hives. The worms were temporarily kept in a typical plastic shopping bag that became riddled with holes. Dr. Bertocchini, from the Institute of Biomedicine and Biotechnology of Cantabria (CSIC), Spain, collaborated with colleagues Dr. Paolo Bombelli and Dr. Christopher Howe at the University of Cambridge's Department of Biochemistry to conduct a timed experiment.
Login Or Register To Read Full Story
Login Register