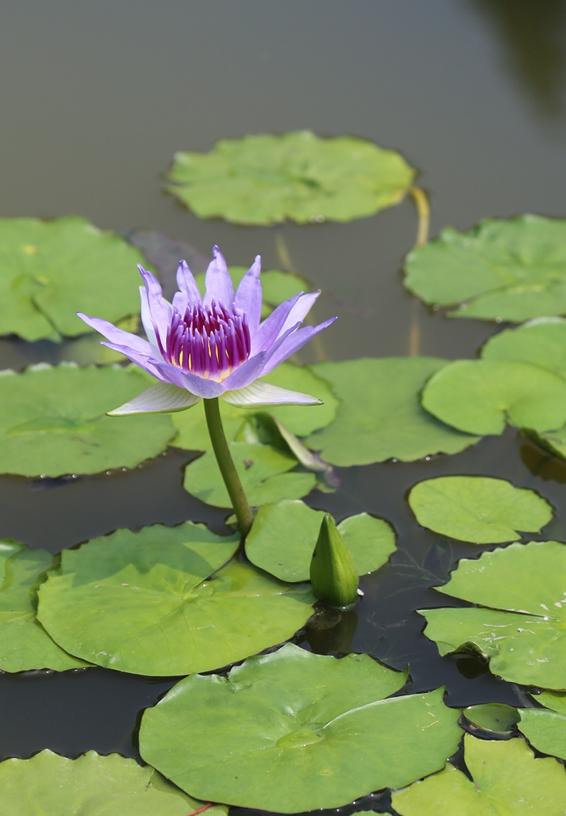 The newly reported genome sequence of a water lily sheds light on the early evolution of angiosperms, the group of all flowering plants. An international team of researchers, including scientists at Penn State, used high-throughput next-generation sequencing technology to read out the water lily's (Nymphaea colorata) genome and transcriptome (the set of all genes expressed as messenger RNAs). The unusual high quality and depth of coverage of the sequence allowed the researchers to assemble the vast majority of the genome into 14 chromosomes and identify more than 31,000 protein-coding genes. An open-access paper describing the sequence and subsequent analysis was published online on December 18, 2019 in the journal Nature. "Water lilies have been an inspiration to artists like Claude Monet because of their beauty and important to scientists because of their position near the base of the evolutionary tree of all flowering plants," said Hong Ma, PfD, Associate Dean for Research and Innovation, Huck Distinguished Research Professor of Plant Molecular Biology, and Professor of Biology at Penn State, one of the leaders of the research team. "I previously contributed to the sequencing and analysis of the genome of Amborella, which represents the earliest branch to separate from other flowering plants, but Amborella lacks big showy colorful flowers and attractive floral scent, both of which serve to attract pollinators in most groups of flowering plants.
Login Or Register To Read Full Story
Login Register