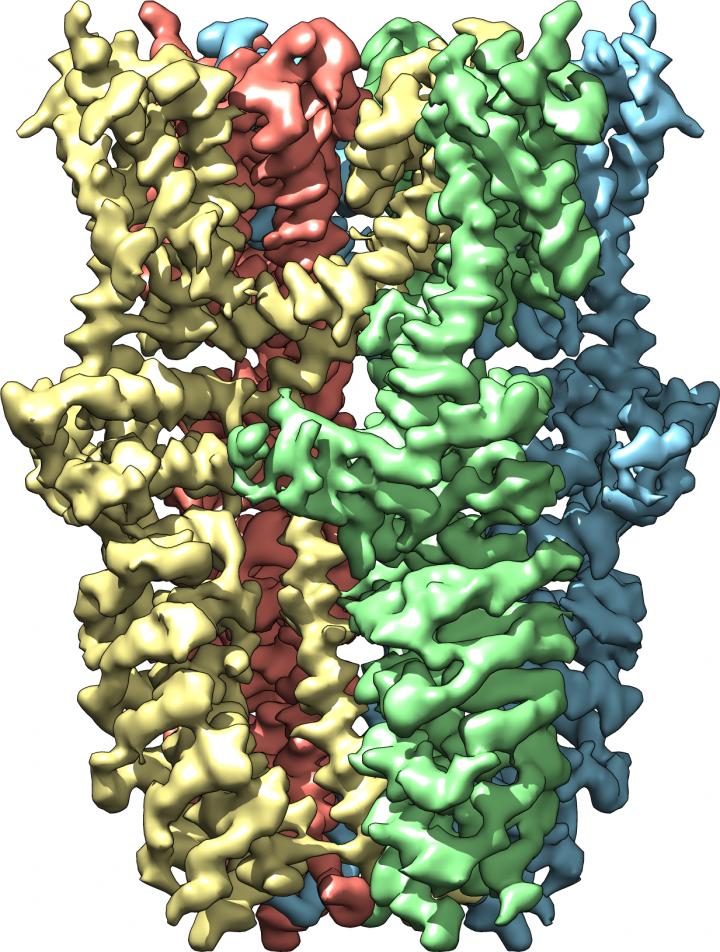 In a feat that would have been unachievable only a few years ago, researchers at the Univeristy of California at San Francisco (UCSF) have pulled aside the curtain on a protein informally known as the "wasabi receptor," revealing at near-atomic resolution structures that could be targeted with anti-inflammatory pain drugs. Officially named TRPA1 (pronounced "trip A1"), the newly visualized protein resides in the cellular membrane of sensory nerve cells. It detects certain chemical agents originating outside our bodies--pungent irritants found in substances ranging from wasabi to tear gas--but is also triggered by pain-inducing signals originating within the body, especially those that arise in response to tissue damage and inflammation. "The pain system is there to warn us when we need to avoid things that can cause injury, but also to enhance protective mechanisms," said David Julius, Ph.D., Professor and Chair of UCSF's Department of Physiology, and co-senior author of the new study, which was published online on April 8, 2015 in Nature. "We've known that TRPA1 is very important in sensing environmental irritants, inflammatory pain, and itch, and so knowing more about how TRPA1 works is important for understanding basic pain mechanisms. Of course, this information may also help guide the design of new analgesic drugs." TRPA1 receptor proteins form pores called ion channels in sensory nerve cell membranes. These channels, normally closed, open in response to certain chemical signals, which allows ions to pass into the cell's interior, triggering a warning impulse. But without knowing enough about the receptor's overall structure to see where a given compound might connect, designing a drug to alleviate pain by controlling the action of the ion channel is something of a shot in the dark. Dr.
Login Or Register To Read Full Story
Login Register