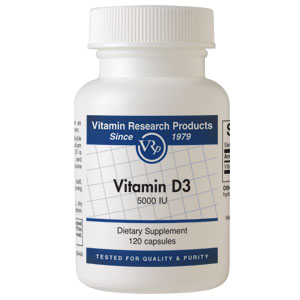 A study led by researchers from the University of California, San Diego School of Medicine has found a correlation between vitamin D3 serum levels and subsequent incidence of type 1 diabetes. The six-year study of blood levels of nearly 2,000 individuals suggests a preventive role for vitamin D3 in this disease. The research appears in the December 2012 issue of Diabetologia, a publication of the European Association for the Study of Diabetes (EASD). "Previous studies proposed the existence of an association between vitamin D deficiency and risk of type 1 diabetes, but this is the first time that the theory has been tested in a way that provides the dose-response relationship," said Cedric Garland, DrPH, FACE, professor in UCSD's Department of Family and Preventive Medicine. This study used samples from millions of blood serum specimens frozen by the Department of Defense Serum Registry for disease surveillance. The researchers thawed and analyzed 1,000 samples of serum from healthy people who later developed type 1 diabetes and 1,000 healthy controls whose blood was drawn on or near the same date but who did not develop type 1 diabetes. By comparing the serum concentrations of the predominant circulating form of vitamin D – 25-hydroxyvitamin D (25(OH)D) – investigators were able to determine the optimal serum level needed to lower an individual's risk of developing type 1 diabetes. Based mainly on results of this study, Dr. Garland estimates that the level of 25(OH)D needed to prevent half the cases of type 1 diabetes is 50 ng/ml. A consensus of all available data indicates no known risk associated with this dosage. "While there are a few conditions that influence vitamin D metabolism, for most people, 4000 IU per day of vitamin D3 will be needed to achieve the effective levels," Dr. Garland suggested.
Login Or Register To Read Full Story
Login Register