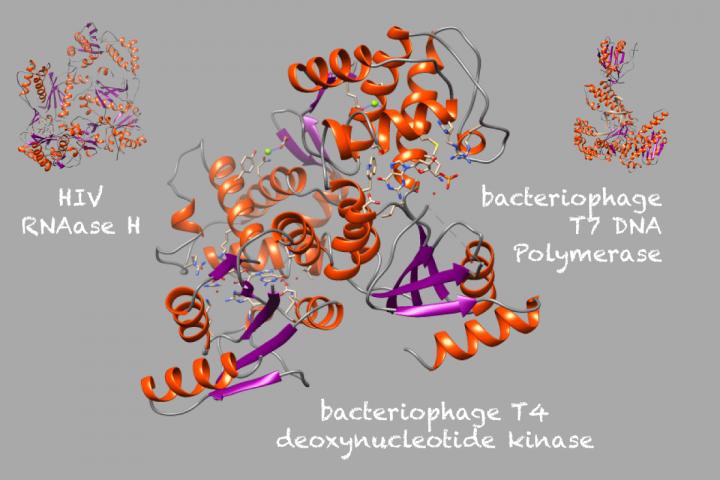 A new analysis supports the hypothesis that viruses are living entities that share a long evolutionary history with cells, researchers report. The study offers the first reliable method for tracing viral evolution back to a time when neither viruses nor cells existed in the forms recognized today, the researchers say. The new findings were published online on September 25, 2015 in an open-access article in the journal Science Advances. The article is titled “"A Phylogenomic Data-Driven Exploration of Viral Origins and Evolution.” Until now, viruses have been difficult to classify, said University of Illinois at Urbana-Champaign Crop Sciences and Carl R. Woese Institute for Genomic Biology Professor Gustavo Caetano-Anollés, Ph.D., who led the new analysis with graduate student Arshan Nasir. In its latest report, the International Committee on the Taxonomy of Viruses recognized seven orders of viruses, based on their shapes and sizes, genetic structure, and methods of reproducing. "Under this classification, viral families belonging to the same order have likely diverged from a common ancestral virus," the University of Illinois authors wrote. "However, only 26 (of 104) viral families have been assigned to an order, and the evolutionary relationships of most of them remain unclear." Part of the confusion stems from the abundance and diversity of viruses. Fewer than 4,900 viruses have been identified and sequenced so far, even though scientists estimate there are more than a million viral species. Many viruses are tiny - significantly smaller than bacteria or other microbes - and contain only a handful of genes. Others, like the recently discovered mimiviruses, are huge, with genomes larger than those of some bacteria.
Login Or Register To Read Full Story
Login Register