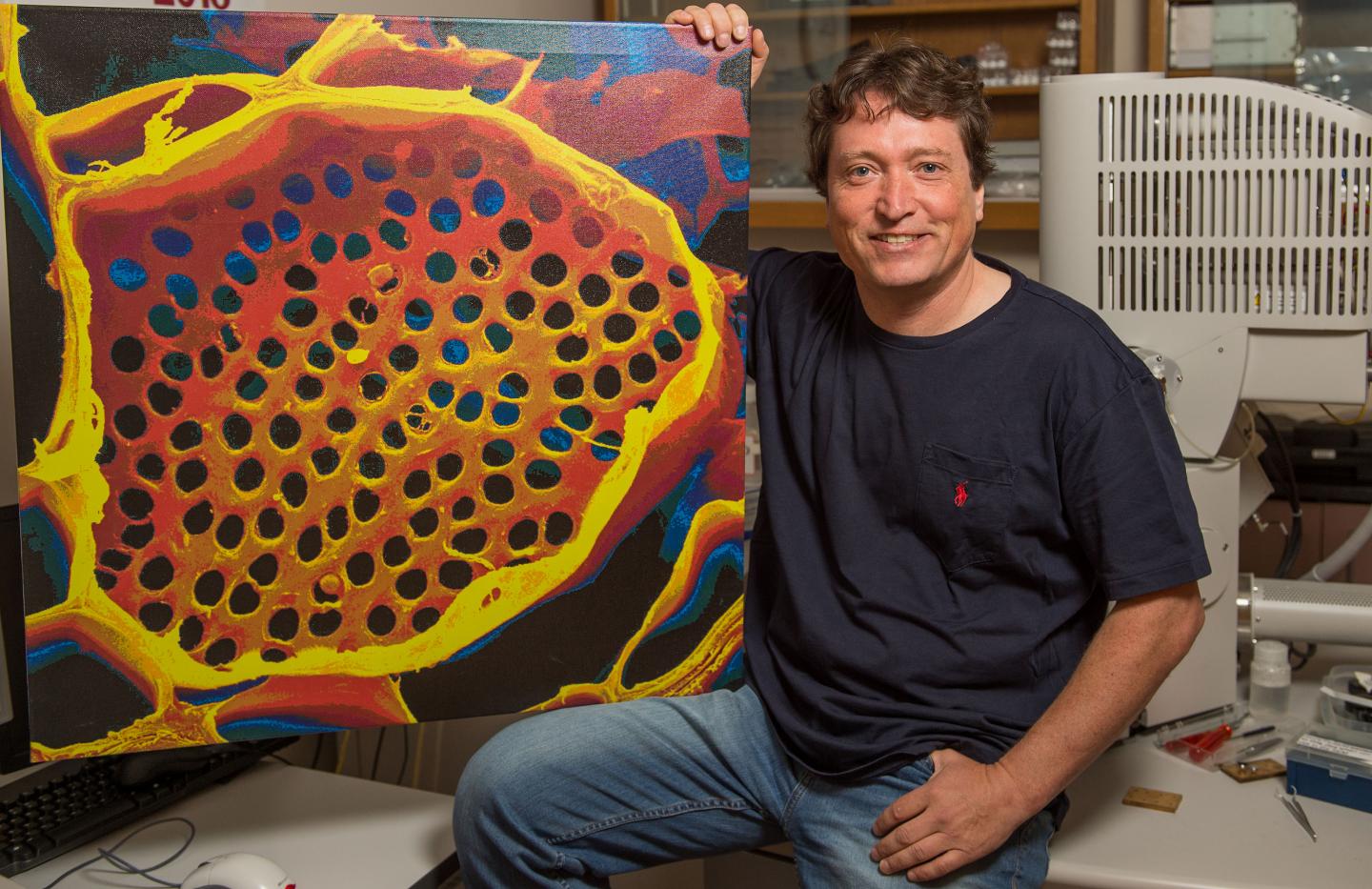 A Washington State University biologist has found what he calls "very strong support" for an 86-year-old hypothesis about how nutrients move through plants. His two-decade analysis of the phenomenon has resulted in a suite of techniques that may ultimately be used to fight plant diseases and make crops more efficient. Some 90 percent of the food we consume at one time went through a plant's phloem, the vascular system that carries sugars and other nutrients from leaves, where they are produced by photosynthesis, to roots and fruits. But scientists know so little about how this works, said Michael Knoblauch, Ph.D., professor in the WSU School of Biological Sciences, that they're like cardiologists who haven't learned about the heart. "If you have a little-supported hypothesis that is central to plant function, it's a problem," he said. "For example, take plant-insect interactions. Aphids feed on the system. If we don't understand how the system works in detail, we cannot find new strategies to kill aphids. Plant viruses also move through the system." The fundamental principle of phloem transport was published by Ernst Münch in 1930. While his hypothesis is intuitive and elegant, it does not appear to account for the extreme pressure needed to move fluid in something as large as a tree. Münch left that to others to figure out. "He came up with the hypothesis because he knew how solute-driven flow could work," said Dr. Knoblauch. "But he was not into measuring all these things or finding evidence for his hypothesis." To make his findings, published online on June 2, 2016 in the journal eLife, Knoblauch spent more than 20 years devising ways to look inside a living plant without disrupting the processes he was trying to measure and describe.
Login Or Register To Read Full Story
Login Register