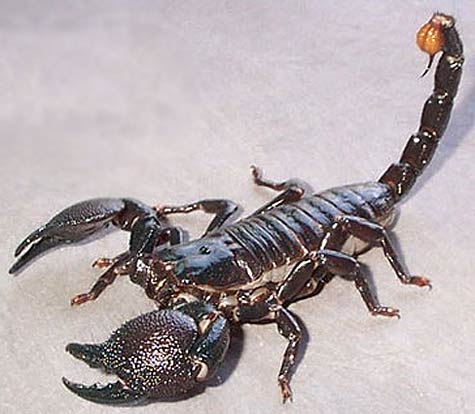 Bee, snake, or scorpion venom could form the basis of a new generation of cancer-fighting drugs, scientists will report here in San Francisco today at the National Meeting of the American Chemical Society (ACS), the world's largest scientific society. They scientists have devised a method for targeting venom proteins specifically to malignant cells while sparing healthy ones, which reduces or eliminates side effects that the toxins would otherwise cause. The report was part of the 248th National Meeting of the American Chemical Society (ACS), the world's largest scientific society. The meeting, attended by thousands of scientists, features nearly 12,000 reports on new advances in science and other topics. It is being held here through Thursday. A brand-new video on the research is available at http://www.youtube.com/watch?v=GRsUi5UrH7k&feature=youtu.be. "We have safely used venom toxins in tiny nanometer-sized particles to treat breast cancer and melanoma cells in the laboratory," says Dipanjan Pan, Ph.D., who led the study. "These particles, which are camouflaged from the immune system, take the toxin directly to the cancer cells, sparing normal tissue." Venom from snakes, bees, and scorpions contains proteins and peptides which, when separated from the other components and tested individually, can attach to cancer cell membranes. That activity could potentially block the growth and spread of the disease, other researchers have reported. Dr. Pan and his team say that some of substances found in any of these venoms could be effective anti-tumor agents. But just injecting venoms into a patient would have side effects. Among these could be damage to heart muscle or nerve cells, unwanted clotting or, alternately, bleeding under the skin. So Dr.
Login Or Register To Read Full Story
Login Register