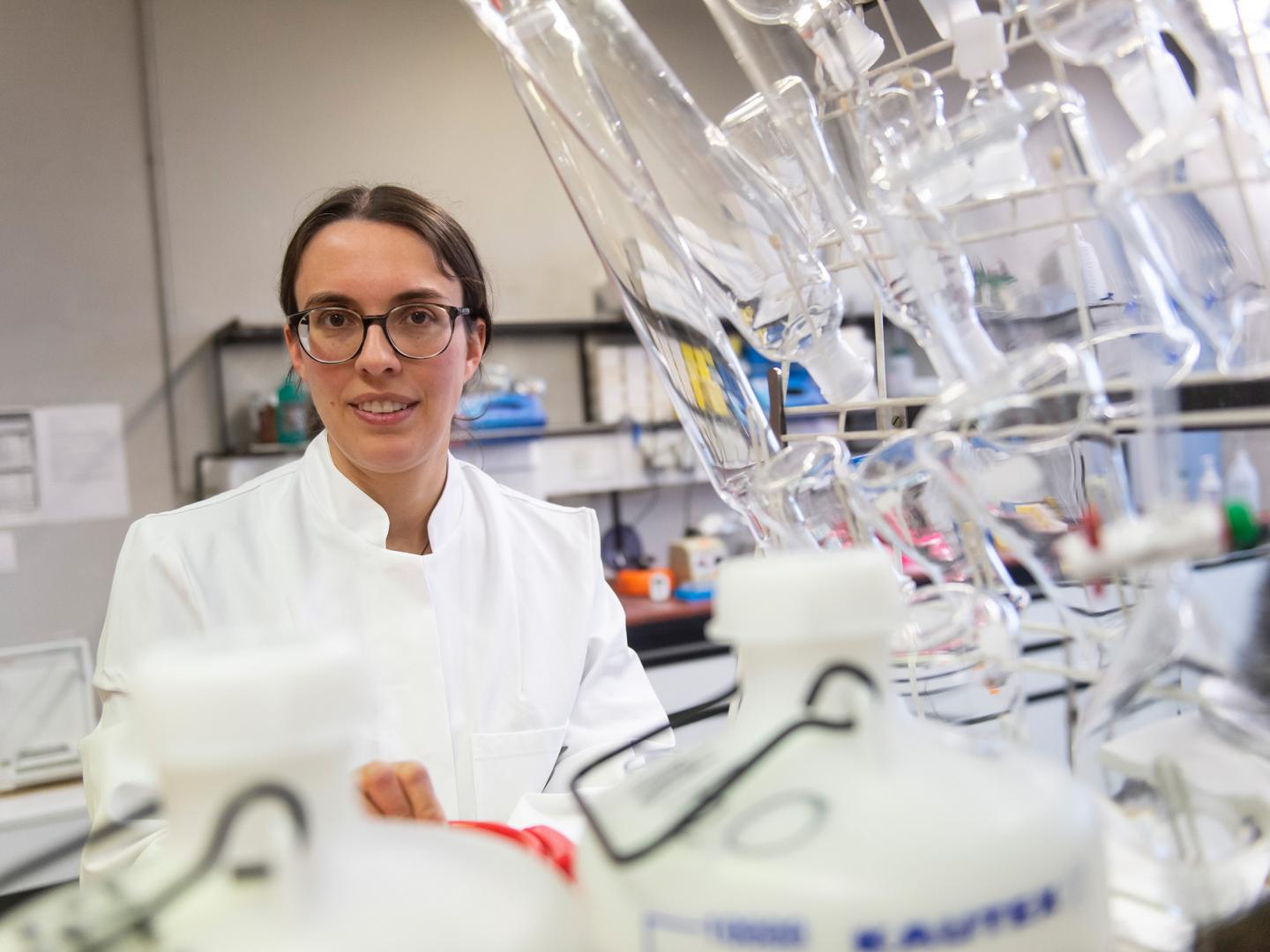 Ribonucleic acids (RNA) ensure that the blueprint in the cell nucleus is translated into vital proteins and that cell functions are regulated. However, little is known about the structure and function of particularly long RNAs, which consist of hundreds or thousands of building blocks. Chemists at the University of Bonn have now developed a new method for this purpose: They mark the complex molecules with tiny "flags" and measure the distances between them with a "molecular ruler". The results are published online on January 25, 2020 in Angewandte Chemie International Edition. The article is titled “EPR Distance Measurements on Long Non-Coding RNAs Empowered by Genetic Alphabet Expansion Transcription.” In living cells, everything follows a plan: The blueprints for all building and operating materials are stored in the cell nucleus. If, for example, a certain protein is required, the genetic information is read from the DNA and translated into ribonucleic acid (RNA). The RNA transmits the blueprint to the cell's "protein factories", the ribosomes. "However, more than 80 percent of ribonucleic acids are not involved in the production of proteins at all," says Dr. Stephanie Kath-Schorr (photo) from the LIMES Institute at the University of Bonn. This so-called "non-coding" RNA is probably involved in various regulatory processes in the cell. Scientists would like to gain a much better understanding of the control processes that non-coding RNA is responsible for. "To do this, however, we must first understand the structures of ribonucleic acids and how they are folded," says Kath-Schorr. The spatial structure seems to have an important role in the function of RNA. It determines which molecules a certain RNA binds to and therefore triggers important processes in the cell.
Login Or Register To Read Full Story
Login Register