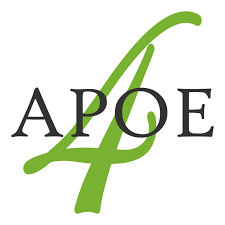 Apolipoprotein E (ApoE) is like a delivery service for the human brain. It supplies neurons with important nutrients, including polyunsaturated fatty acids, which are building blocks of the membranes surrounding the neurons. In addition, certain unsaturated fatty acids are converted into so-called endocannabinoids. These are endogenous signaling molecules that regulate numerous functions of the nervous system, such as memory, but also the control of immune response, thereby protecting the brain from inflammation. The ApoE cargo reaches the neurons via a membrane receptor called sortilin. In a process known as endocytosis, sortilin binds ApoE and transports it into the interior of the neuron through invaginations of the cell membrane. The interaction of ApoE and sortilin has a major impact on our brain health: If not enough polyunsaturated fatty acids reach our gray cells, they begin to waste away and become susceptible to inflammatory responses. But not all ApoE is the same. There are three gene variants in humans: ApoE2, ApoE3, and ApoE4. They do not differ in their function of transporting lipids. The ability to bind to sortilin is also the same in all variants. However, people who carry the E4 variant have a twelve times greater risk of developing Alzheimer's than those with the E3 form. About 15 percent of people carry ApoE4. "Why ApoE4 significantly increases the risk of Alzheimer's is one of the central questions in Alzheimer's research," says Professor Thomas Willnow, PhD, Head of the Molecular Cardiovascular Research Lab at Max Delbrück Center for Molecular Medicine in the Helmholtz Association (MDC) in Germany, who for many years has been studying the development of neurodegenerative diseases.
Login Or Register To Read Full Story
Login Register