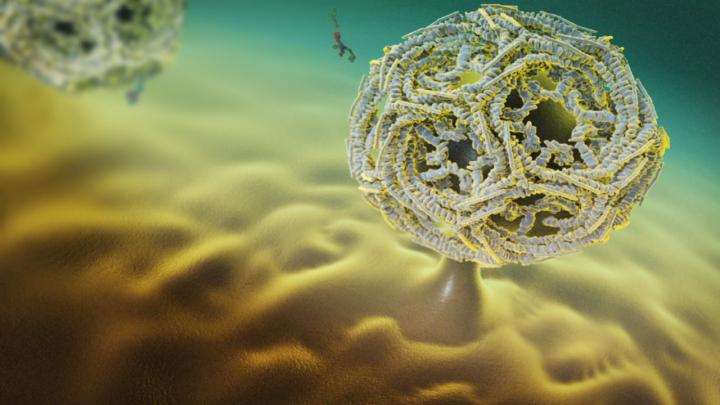 Cellular biology still harbors mysteries. Notably, there is no unequivocal explanation behind endocytosis, the biological process that allows exchanges between a cell and its environment. Two hypotheses prevail for explaining how the membrane caves in and forms transport vesicles: either the initial impetus is due to a scaffold-like structure which the soccer ball-shaped clathrin proteins build between themselves, or clathrin's role is minor, and it is other, “adaptor” proteins that exert pressure on the cell membrane until endocytosis begins. One recently completed study by the Faculty of Science at the University of Geneva (UNIGE) reconciles the two theories, suggesting that a balance between forces is present: clathrin proteins are only slightly more influential than the others, and it is a clever combination of physical mechanisms that contributes to creating favorable conditions for the deformation of the membrane. The findings and conclusions were published in Nature Communications In vitro procedures by researchers in UNIGE's Department of Biochemistry shed new light on the phenomenon of endocytosis, the biological cycle that takes place at the membrane level, and ends with the formation of the transport compartments necessary for external exchanges. During endocytosis, the cell membrane of eukaryotic organisms becomes deformed, puckering and caving in, creating vesicles for transporting elements such as ions, nutrients, and signals that are necessary for life. This compartment is deployed from the membrane towards the inside of the cell; its creation implies the use of much energy, and a significant physical force. Two hypotheses provide different explanations for the origins of this process.
Login Or Register To Read Full Story
Login Register