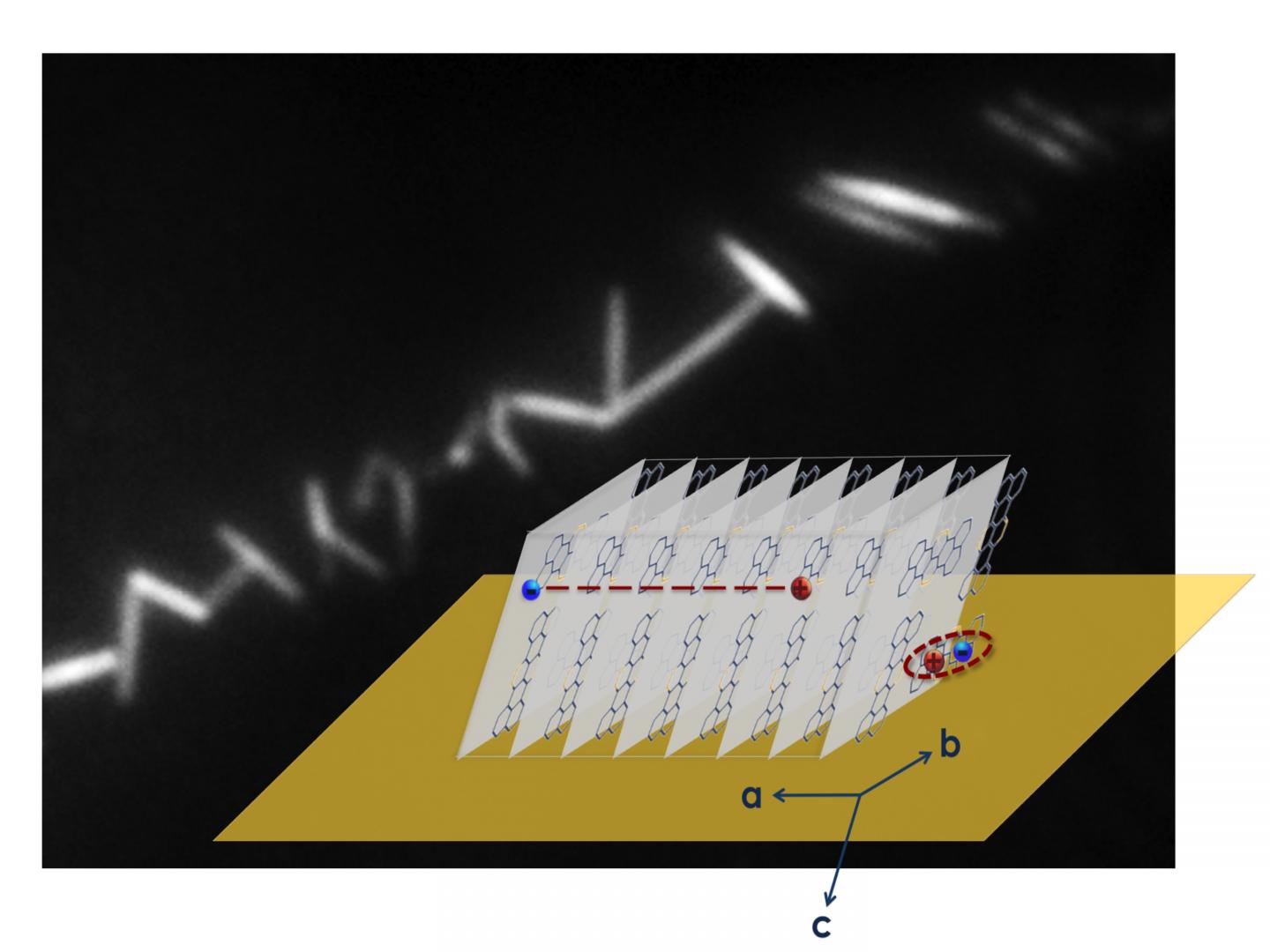 On February 25, 2016, chemists and polymer scientists collaborating at the University of Massachusetts Amherst (U-Mass Amherst) reported in Nature Communications that they have identified an unexpected property in an organic semiconductor molecule that could lead to more efficient and cost-effective materials for use in cell phone and laptop displays, for example, and in opto-electronic devices such as lasers, light-emitting diodes, and fiber optic communications. Physical chemist Michael Barnes, Ph.D., and polymer scientist Alejandro Briseño, Ph.D., with doctoral students Sarah Marques, Hilary Thompson, Nicholas Colella and postdoctoral researcher Joelle Labastide, Ph.D., discovered the property, called “directional intrinsic charge separation,” in crystalline nanowires of an organic semiconductor known as 7,8,15,16-tetraazaterrylene (TAT). The open-access Nature Communications article reporting the finding is titled “Directional Charge Separation in Isolated Organic Semiconductor Crystalline Nanowires.” The researchers saw not only efficient separation of charges in TAT, but a very specific directionality that Dr. Barnes says "is quite useful. It adds control, so we're not at the mercy of random movement, which is inefficient. Our paper describes an aspect of the nanoscopic physics within individual crystals, a structure that will make it easier to use this molecule for new applications such as in devices that use polarized light input for optical switching. We and others will immediately exploit this directionality.” He adds, "Observing the intrinsic charge separation doesn't happen in polymers; so far as we know, it only happens in this family of small organic molecule crystalline assemblies or nanowires.
Login Or Register To Read Full Story
Login Register