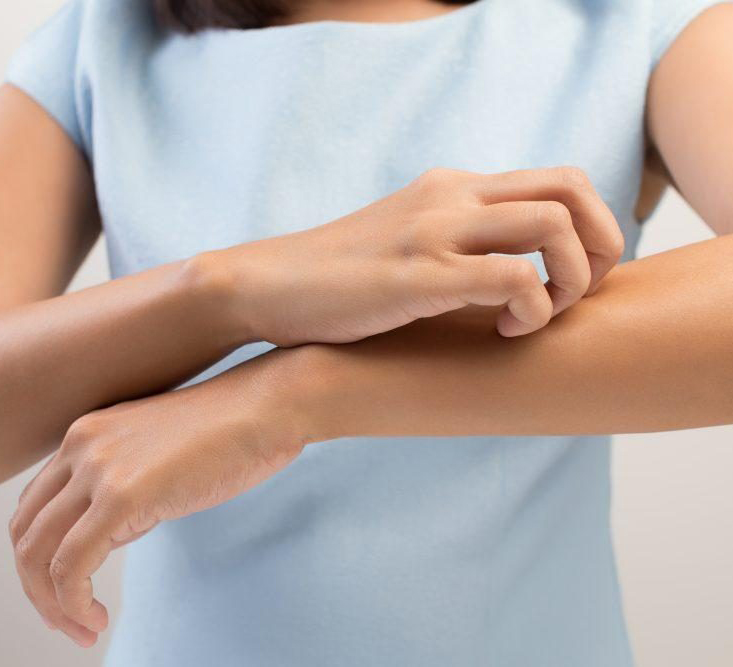 Eczema, or atopic dermatitis (AD), is sometimes called "the itch that rashes." Often, the itch begins before the rash appears, and, in many cases, the itchiness of the skin condition never really goes away. Approximately 9.6 million children and 16.5 million adults in the U.S. have AD, which can have a serious effect on quality of life for patients. Although much has been learned about the uncomfortable sensation that triggers the desire to scratch, many mysteries remain about chronic itch, making it a challenge to treat. A paper by authors from Brigham and Women's Hospital and Harvard Medical School and collaborators, published online on March 30, 2021 in PNAS, offers new clues about the underlying mechanisms of itch. The article is titled “The CysLT2R Receptor Mediates Leukotriene C4-Driven Acute and Chronic Itch” (https://www.pnas.org/content/118/13/e2022087118). Findings suggest a key molecular player known as cysteine leukotriene receptor 2 (CysLT2R) may be a new target for intractable chronic itch. "In atopic dermatitis, the itching can be horrific and it can aggravate disease," said co-corresponding author K. Frank Austen, MD, a senior physician in the Division of Allergy and Clinical Immunology at the Brigham. Dr. Austen is also the AstraZeneca Professor of Respiratory and Inflammatory Diseases, Emeritus, at Harvard Medical School. "We began collaborating for two reasons: one is an interest in science--I wandered into the study of what is now the cysteine leukotriene pathway decades ago, and I've been pursuing it ever since. The second reason is itch--understanding its cause and connections to neurons." Dr. Austen and his lab, which focuses on the molecular components that contribute to allergic inflammation, collaborated with Isaac Chiu, PhD, an Assistant Professor of Immunology at Harvard Medical School (HMS).
Login Or Register To Read Full Story
Login Register