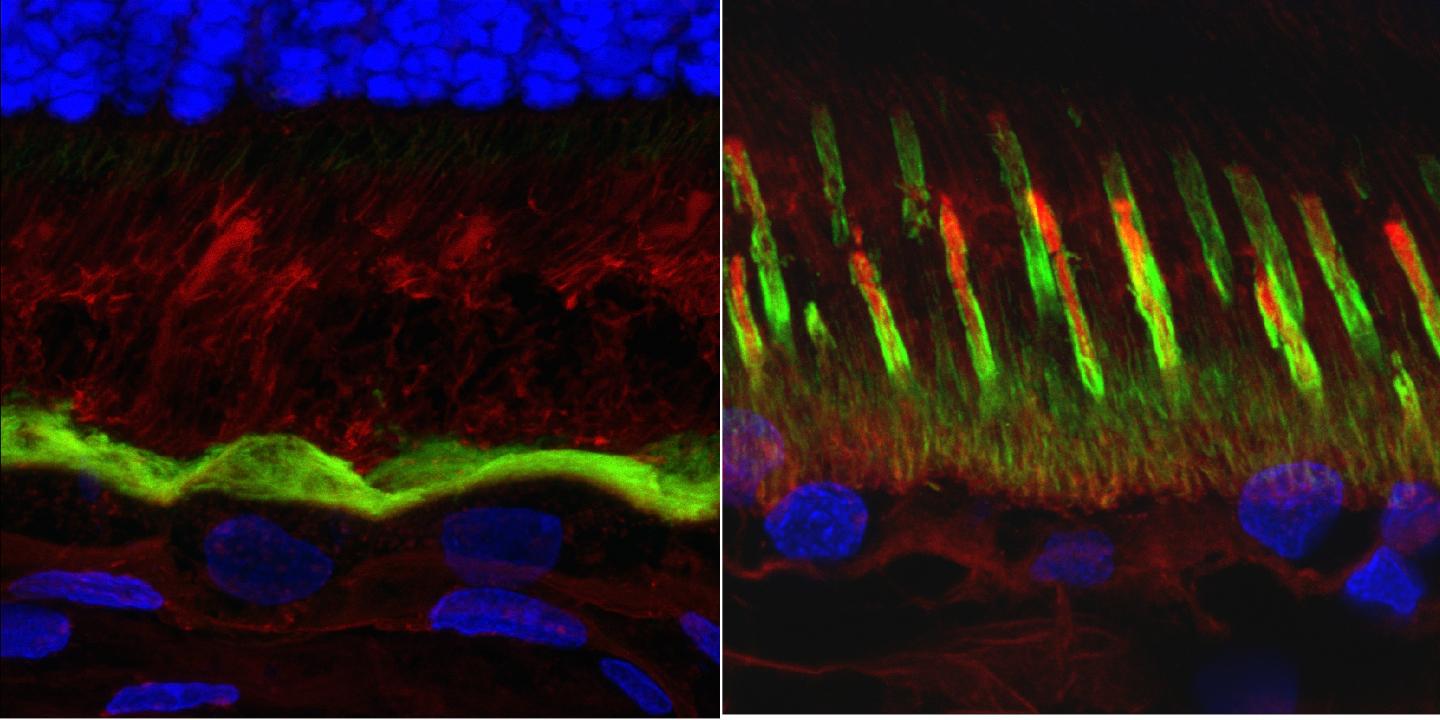 Named for Friedrich Best, who characterized the disease in 1905, Best disease, also known as vitelliform macular dystrophy, affects children and young adults and can cause severe declines in central vision as patients age. The disease is one in a group of conditions known as bestrophinopathies, all linked to mutations in the BEST1 gene. This gene is expressed in the retinal pigment epithelium (RPE), a layer of cells that undergirds and nourishes photoreceptor cells, the rods and cones responsible for vision. Despite the century of work on bestrophinopathies and the identification of genetic mutations responsible for the conditions, no one had identified the underlying mechanism that leads to the vision loss seen in Best disease until now.Using an animal model of Best disease in combination with biochemical and optical assays, a team of researchers at the University of Pennsylvania (Penn) has pinpointed a number of abnormalities that give rise to the impairments seen in the disease. "The genetic cause of the disease has been known for 20 years, but no one had samples of patients at the stage when the disease starts," said Karina E. Guziewicz, Research Assistant Professor of Ophthalmology in Penn's School of Veterinary Medicine (Penn Vet) and lead author on the study. But "we were now able to pinpoint this early stage and find out what factors trigger the development of lesions." The new information sets the team up for testing a gene therapy to treat the disease, as the researchers will be able to observe whether or not these structural and biochemical abnormalities have been corrected. "Now that we understand what we're seeing, it allows us to judge the success of a particular therapy," said Gustavo D. Aguirre, Professor of Medical Genetics and Ophthalmology at Penn Vet.
Login Or Register To Read Full Story
Login Register