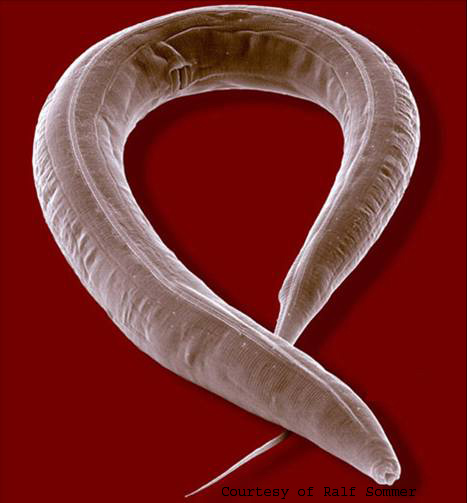 Researchers exploring human metabolism at the University of California, San Francisco (UCSF) have identified a handful of chemical compounds that regulate fat storage in worms, offering a new tool for understanding obesity and finding future treatments for diseases associated with obesity. As described in a paper published March 13, 2011, in the journal Nature Chemical Biology, the UCSF team took armies of microscopic worms called C.elegans and exposed them to thousands of different chemical compounds. Giving these compounds to the worms, they discovered, basically made them skinnier or fatter without affecting how they ate, grew, or reproduced. The discovery gives scientists new ways to investigate metabolism and could eventually lead to the development of new drugs to regulate excessive fat accumulation and address the metabolic issues that underlie a number of major human health problems, including, obesity, diabetes and some forms of cancer. The work also demonstrates the value of "worm screening" as a way of finding new targets for human diseases, according to the UCSF scientists, whose work was spearheaded by postdoctoral fellow Dr. George Lemieux, in the laboratory of Professor Zena Werb, vice chair of the Department of Anatomy at UCSF. The work was a collaboration also involving Dr. Kaveh Ashrafi, an associate professor in the UCSF Department of Physiology, and Dr. Roland Bainton, an associate professor in residence in the UCSF Department of Anesthesia & Perioperative Care. The UCSF team's interest in how worms deal with fat began with a more fundamental interest in human metabolism. Worms make molecules of fat for the same reasons humans do – they are useful for storing energy and are a basic building block for body tissues.
Login Or Register To Read Full Story
Login Register