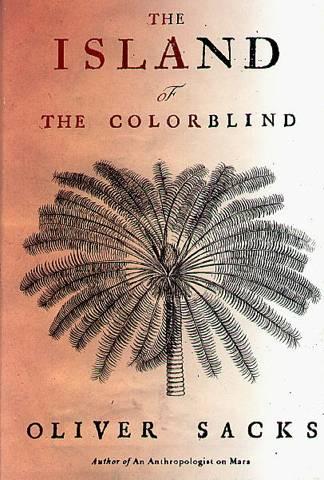 Cyclic-nucleotide-gated (CNG) ion channels are key mediators underlying signal transduction in retinal and olfactory receptors. Genetic defects in the CNGA3 and CNGB3 genes, encoding two structurally related subunits of cone CNG channels, lead to achromatopsia. This is a congenital, autosomal recessive retinal disorder that manifests by cone photoreceptor dysfunction, severely reduced visual acuity, impaired or complete color blindness, and photophobia. The disorder often strikes people early in life, and currently there is no cure for the condition. In human achromatopsia, nearly 100 different mutations have already been identified in the CNGA3 gene alone. Famously, achromatopsia was the subject of a book titled “The Island of the Colorblind,” by neurologist/author Oliver Sacks, M.D. (see image of book jacket). In this work, Dr. Sacks described the surprising prevalence of a particular rare form of the disease (complete achromatopsia) on the remote Pacific atoll of Pingelap. It is believed that the disease on Pingelap can be traced back to a so-called “founder mutation” passed down from an early ruler, who was one of just approximately 20 Pingelap survivors of a 1775 typhoon that hit the atoll. Signifcant inbreeding amongst the Pingelapese is believed to be the reason that much of the island’s small population now suffers from the autosomal recessive disorder, which, in more outbred populations, is relatively rare. One of the most promising avenues for developing a cure for achromatopsi is believed to be gene therapy, but to develop such therapies it is necessary to create animal models of disease that closely replicate the human condition. In a new study, a collaboration between University of Pennsylvania (Penn) and Temple University scientists has identified two naturally occurring genetic mutations in dogs that result in achromatopsia.
Login Or Register To Read Full Story
Login Register