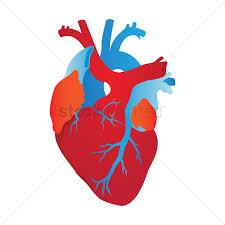 Congenital heart disease occurs in up to 1% of live births, and the infants who are affected may require multiple surgeries, life-long medication, or heart transplants. In many patients, the exact cause of congenital heart disease is unknown. While it is becoming increasingly clear that these heart defects can be caused by genetic mutations, it is not well understood which genes are involved and how they interact. Genetic mutations, also called genetic variants, can also cause poor heart function, but the type and severity of dysfunction varies widely even among those with the same mutation. The Human Genome project allowed scientists to identify some rare cases of disease caused by severe mutations of a single gene, but scientists believe that more common forms of disease may be the result of a combination of subtler genetic mutations that act together. Yet, experimental proof for this concept of human disease has remained elusive - until now. In a paper published online in Science on May 30, 2019 and scheduled for publication in the May 31 issue of that journal, scientists from the Gladstone Institutes in San Francisco and the University of California, San Francisco (UCSF) used technological advances to prove that three subtle genetic variants inherited within a family worked together to cause heart disease in multiple siblings at a very young age. The article is titled “Oligogenic Inheritance of a Human Heart Disease Involving a Genetic Modifier.” "The idea that several genetic variants are necessary to cause most complex diseases has been around for a long time, but proving it has been difficult," said Casey Gifford, PhD, a staff scientist at Gladstone who is the first author on the paper.
Login Or Register To Read Full Story
Login Register