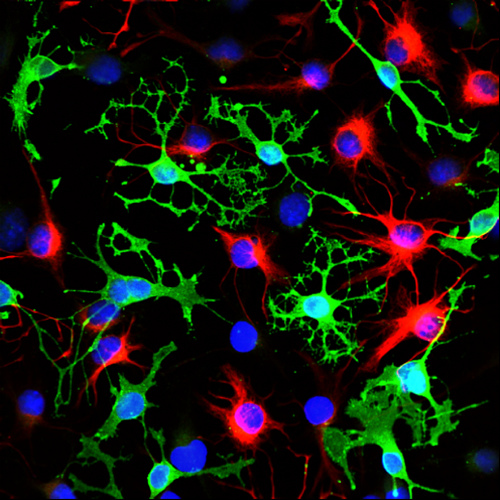 Human neural stem cell treatments are showing promise for reversing learning and memory deficits after chemotherapy, according to University of California, Irvine (UCI) researchers. In preclinical studies using rodents, they found that stem cells transplanted one week after the completion of a series of chemotherapy sessions restored a range of cognitive functions, as measured one month later using a comprehensive platform of behavioral testing. In contrast, rats not treated with stem cells showed significant learning and memory impairment. The frequent use of chemotherapy to combat multiple cancers can produce severe cognitive dysfunction, often referred to as "chemobrain," which can persist and manifest in many ways long after the end of treatments in as many as 75 percent of survivors, a problem of particular concern with pediatric patients. "Our findings provide the first solid evidence that transplantation of human neural stem cells can be used to reverse chemotherapeutic-induced damage of healthy tissue in the brain," said Dr. Charles Limoli, a UCI Professor of Radiation Oncology. Study results were published in the February 15, 2015 issue of Cancer Research, a journal of the American Association for Cancer Research (AACR). Many chemotherapeutic agents used to treat disparate cancer types trigger inflammation in the hippocampus, a cerebral region responsible for many cognitive abilities, such as learning and memory. This inflammation can destroy neurons and other cell types in the brain. Additionally, these toxic compounds damage the connective structures of neurons, called dendrites and axons, and alter the integrity of synapses --the vital links that permit neurons to pass electrical and chemical signals throughout the brain. Dr. Limoli compares the process to a tree being pruned of its branches and leaves.
Login Or Register To Read Full Story
Login Register