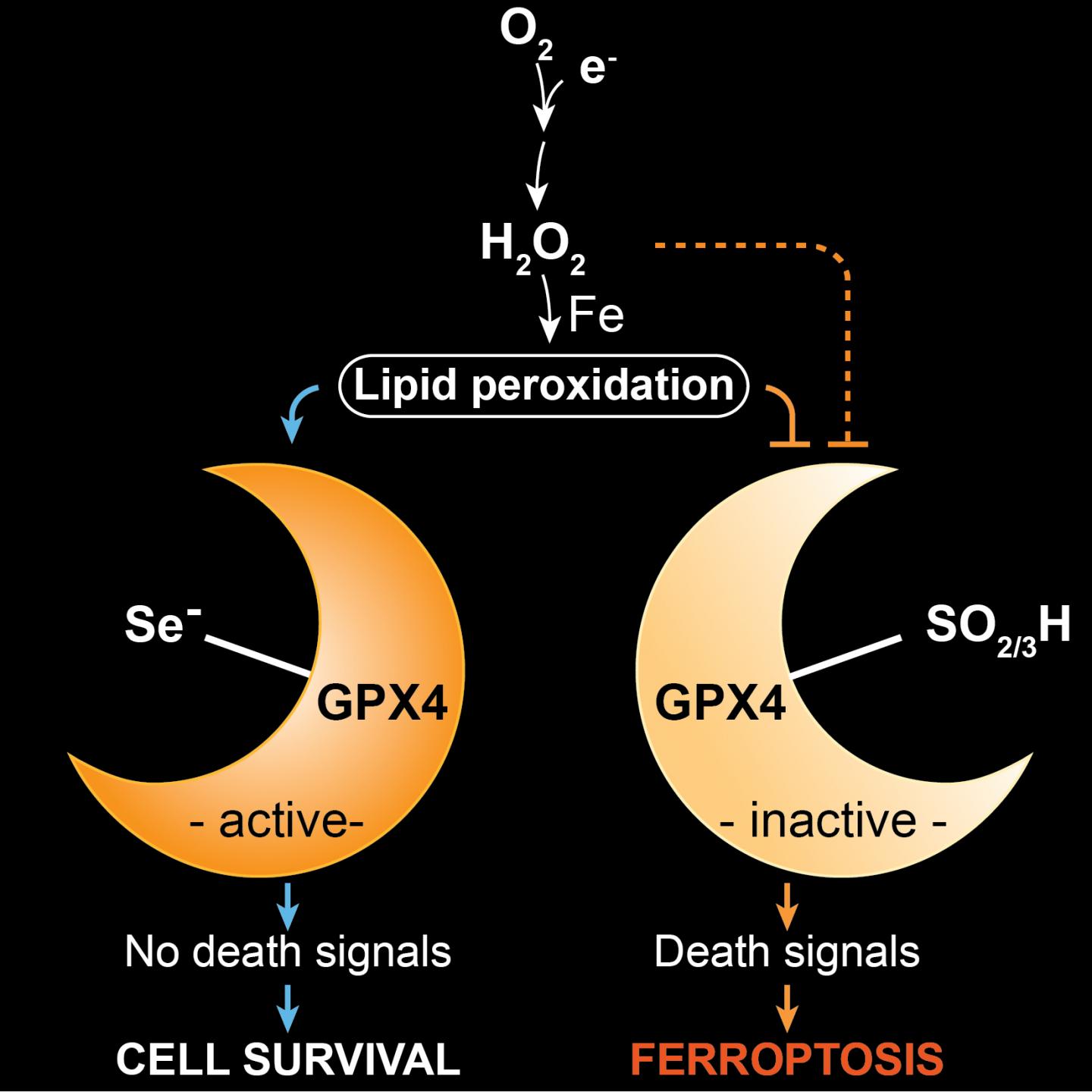 Exactly 200 years ago, the Swedish scientist Jöns Jacob Berzelius discovered the trace element selenium, which he named after the goddess of the moon, Selene. Besides its industrial applications (chemical industry, production of semiconductors and toners), selenium is an essential trace element and indispensable for humans, many animals, and some bacteria. A team led by Dr. Marcus Conrad, research group leader at the Institute of Developmental Genetics (IDG) at Helmholtz Zentrum München, showed for the first time why selenium is a limiting factor for mammals. The work was published online on December 28, 2017 in Cell. The article is titled “Selenium Utilization by GPX4 Is Required to Prevent Hydroperoxide-Induced Ferroptosis.” For years, scientists have been investigating the processes of a novel type of cell death, known as ferroptosis. In this context, the enzyme GPX4, which normally contains selenium in the form of the amino acid selenocysteine, plays an important role. “In order to better understand the role of GPX4 in this death process, we established and studied mouse models in which the enzyme was modified," said study leader Dr. Conrad. "In one of these models, we observed that mice with a replacement of selenium to sulfur in GPX4 did not survive for longer than three weeks due to neurological complications." In their search for the underlying reasons, the researchers identified a distinct subpopulation of specialized neurons in the brain, which were absent when selenium-containing GPX4 was lacking. "In further studies, we were able to show that these neurons were lost during postnatal development, when sulfur- instead of selenium-containing GPX4 was present," stated first author of the study, Irina Ingold.
Login Or Register To Read Full Story
Login Register