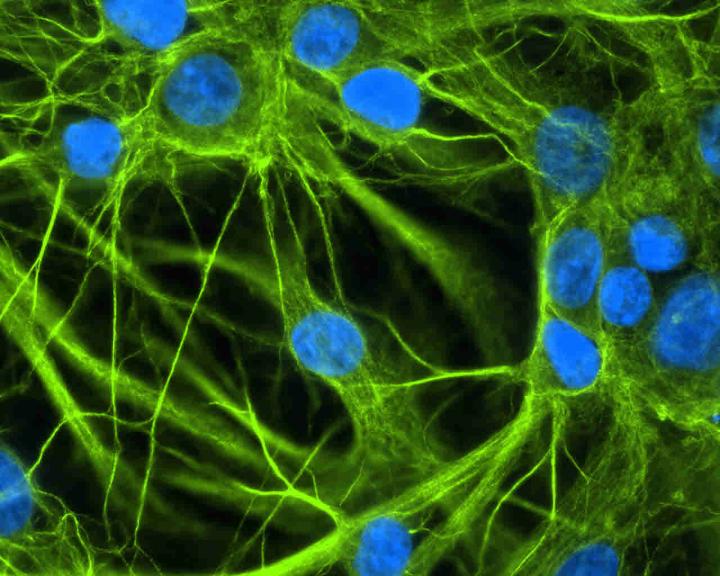 Rodents infected with a common parasite lose their fear of cats, resulting in easy meals for the felines. Now Indiana University (IU) School of Medicine researchers have identified a new way the parasite may modify brain cells, possibly helping explain changes in the behavior of mice -- and humans. The parasite is Toxoplasma gondii, which has infected an estimated one in four Americans and even larger numbers worldwide. Not long after infecting a human, Toxoplasma parasites encounter the body's immune response and retreat to a latent state, enveloped in hardy cysts that the body cannot remove. Before entering that inactive state, however, the parasites appear to make significant changes in some of the brain's most common, and critical cells, the researchers said. The team, led by William Sullivan, Ph.D., Professor of Pharmacology and Toxicology and of Microbiology and Immunology, reported two sets of related findings about those cells, called astrocytes, on March 18, 2015, in the journal PLOS ONE. The article is titled “Proteome-Wide Lysine Acetylation in Cortical Astrocytes and Alterations That Occur during Infection with Brain Parasitr Toxoplasma gondii.” Astrocytes are found throughout the brain and are involved in a variety of important brain structures and activities. Dr. Sullivan and his team evaluated the proteins in astrocyte cells and found 529 sites on 324 proteins where compounds called acetyl groups are added to proteins, creating a map called an "acetylome," much as a map of all the genes in a particular species is known as its "genome." In addition, 277 sites on 186 of the proteins had not been reported in previous studies of other types of cells.
Login Or Register To Read Full Story
Login Register