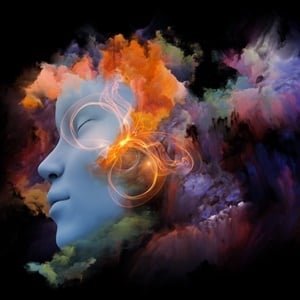 Rapid eye movement (REM) sleep, a mysterious stage of sleep in which animals dream, is known to play an important role in maintaining a healthy mental and physical life, but the molecular mechanisms behind this state are barely understood. Now, an international research team led by researchers at the RIKEN Center for Biosystems Dynamics Research (BDR) in Japan has identified a pair of genes that regulate how much REM and non-REM sleep an animal experiences. Sleep is a universal and vital behavior in animals. In higher vertebrates such as mammals and birds, sleep is classified into two phases, REM sleep and non-REM sleep. During REM sleep, our brain is as active as it is during wakefulness, and this stage is believed to function in memory consolidation. Although our knowledge of the neural mechanisms underlying sleep has gradually advanced, the essential molecular factors that regulate REM sleep are still unknown. Now, however, a research team led by Dr. Hiroki Ueda at RIKEN BDR and The University of Tokyo has identified two essential genes involved in the regulation of REM sleep. The amount of REM sleep was drastically decreased down to almost undetectable levels when both genes were knocked out in a mouse model. This study was published in the August 28, 2018 issue of Cell Reports. The article is titled “Muscarinic Acetylcholine Receptors Chrm1 and Chrm3 Are Essential for REM Sleep.” A related commentary article, titled “Life Without Dreams: Muscarinic Receptors Are Required to Regulate REM Sleep in Mice,” is published in the same issue of Cell Reports. Several past studies have suggested that acetylcholine--the first identified neurotransmitter--and its receptor(s) are important for the regulation of REM sleep. Acetylcholine is abundantly released in some parts of mammalian brain during REM sleep and wakefulness.
Login Or Register To Read Full Story
Login Register