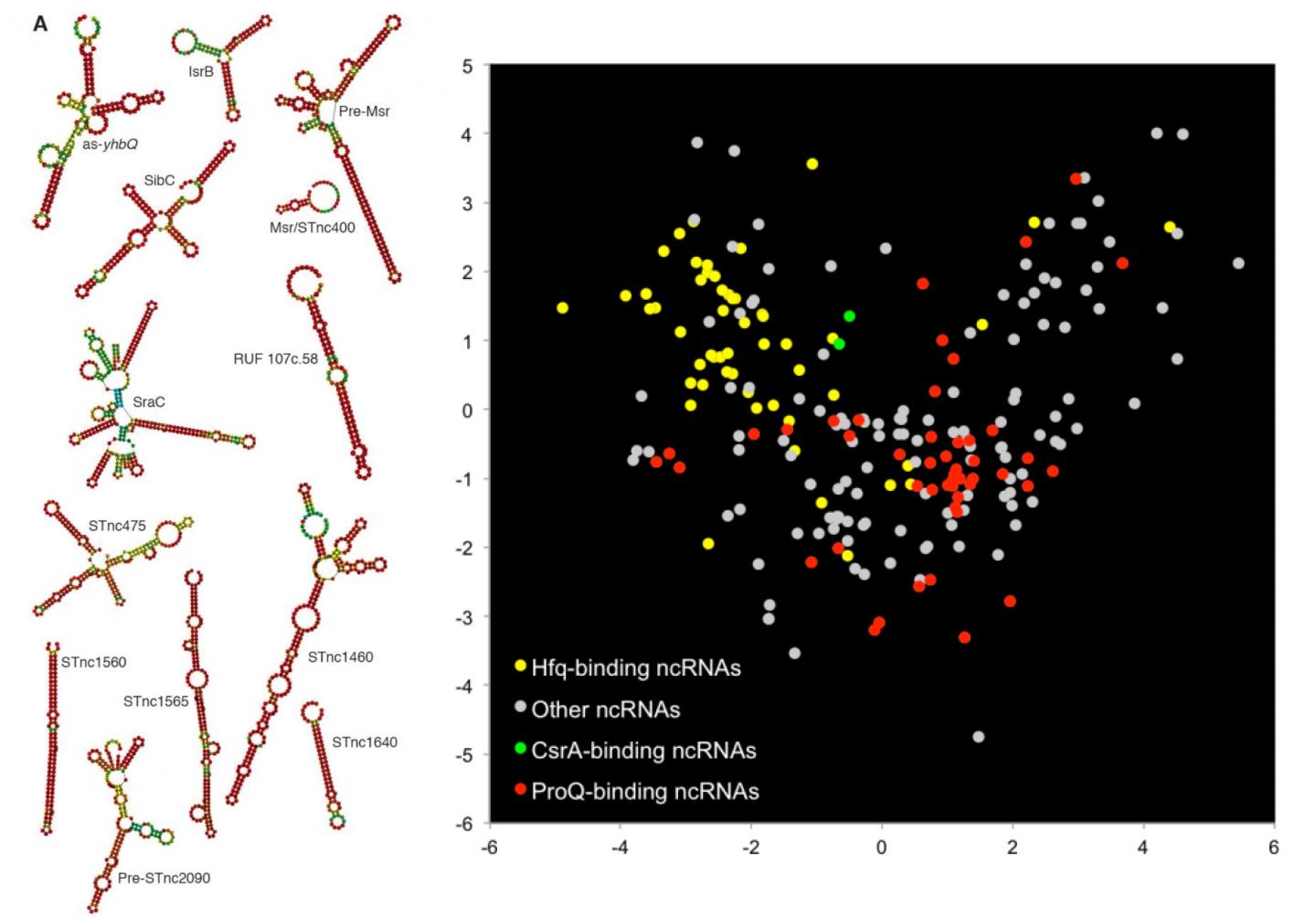 Small regulatory RNA molecules are vital for salmonella and other bacteria potentially harmful to humans: This RNA type controls gene activity and allows bacteria to quickly adjust to changing conditions of living and stress as are typical during an infection, for example, when entering the blood stream or inside human cells. Professor Jörg Vogel, Head of the Institute for Molecular Infection Biology of the Julius-Maximilians-Universität Würzburg (JMU) in Bavaria, Germany, is a pioneer in researching small regulatory RNA molecules. He and his team are determined to get to the bottom of how these molecules work and act. His group’s efforts could also reveal new ways to fight pathogens. New findings from Dr. Vogel's lab were published online on September 22, 2016 in the journal PNAS. Previously, two proteins (Hfg and CsrA) have been shown to bind closely to the bacteria's regulatory RNA molecules and influence their activities. Using a new self-designed method, the Würzburg team has now discovered a long-suspected third protein (ProQ) whose function inside the cell has been unknown until recently. The open-access PNAS article is titled “Grad-Seq Guides the Discovery of ProQ as a Major Small RNA-Binding Protein.” Experiments showed that the ProQ protein binds to 98 regulatory RNAs of the enterobacterial Salmonella enterica. The bacterium has been found to have around 300 such RNAs in total. Moreover, ProQ seems to have specialized in RNA molecules with a rather complex This protein and the RNA molecules that bind to it represent a largely unresearched class of gene activity regulators in the bacterial "RNA universe.” "It will be particularly exciting to find out how ProQ is able to pinpoint the highly structured RNAs among millions of other RNA molecules in a cell," says Dr. Vogel.
Login Or Register To Read Full Story
Login Register