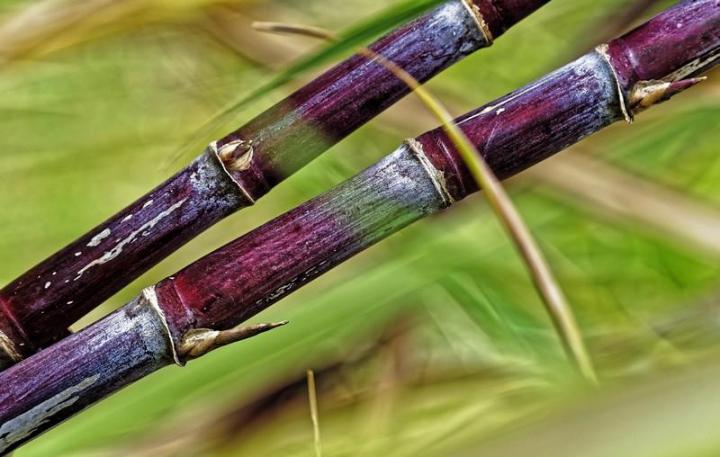 CIRAD and its partners* had to use cunning to establish the first sugarcane reference sequence. The plant's genome is so complex that conventional sequencing techniques had proved useless. This meant that sugarcane was the last major cultivated plant to have its genome sequenced. (CIRAD is Centre de Coopération Internationale en Recherche Agronomique pour le Développement.) The team took up the gauntlet using a novel approach based on a discovery made at CIRAD some 20 years previously: the genome structures of sugarcane and sorghum are very similar. The term used for this is "collinearity,” which means that there is a degree of parallelism, with numerous genes occurring in the same order. Dr. Olivier Garsmeur, a CIRAD researcher and lead author of the study, was thus able to use the sorghum genome as a template to assemble and select the sugarcane chromosome fragments to sequence. "Thanks to this novel method, the reference sequence obtained for a cultivar from Réunion, R570, is very good quality", says Dr. Angélique D'Hont, a CIRAD geneticist who coordinated the study. That reference sequence is a vital step towards fully sequencing the sugarcane genome and analysing the variations between the various sugarcane varieties more effectively. Dr. D'Hont had the same experience with the banana genome in 2012. As she says, "having a reference sequence for a species radically changes all the genomic and more broadly genetic approaches for that species.” The sugarcane genome sequencing was described online on July 6, 2018 in Nature Genetics. The open-access article is titled “A Mosaic Monoploid Reference Sequence for the Highly Complex Genome of Sugarcane." As with all other cultivated plants before it, sugarcane breeding will now be able to enter the age of molecular biology.
Login Or Register To Read Full Story
Login Register