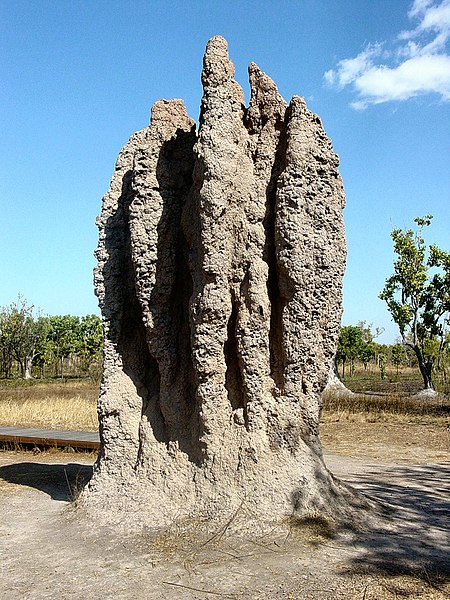 Scientists at MIT and collaborating institutions have shown that a naturally occurring, non-toxic glucose derivative, GLD, can be used to compromise the immunity of termites and make them more vulnerable to lethal microbial infections. Insect pests such as termites cause damage to crops and man-made structures estimated at over $30 billion per year, imposing a global challenge on the human economy, the authors noted. They said that the use of GLD may lead to the development of non-toxic, sustainable pest control methods. Termites normally secrete a form of an antimicrobial protein into their nests to prevent pathogenic infections. The authors reported a technique to block this protein’s effects with GDL. They found that adding GDL to termite nests caused the termites to die more quickly at the hands of fungi that normally infect termites, as well as at the hands of opportunistic bacteria. The authors suggested that GDL, which is also biodegradable, and other similar molecules could be developed for food processing and storage and for use in building materials to protect against insect attacks. Plants could be engineered to produce GDL at high amounts in specific locations to increase their immunity, the authors suggested. This work was published online on June 8 in PNAS. [PNAS abstract]
Login Or Register To Read Full Story
Login Register