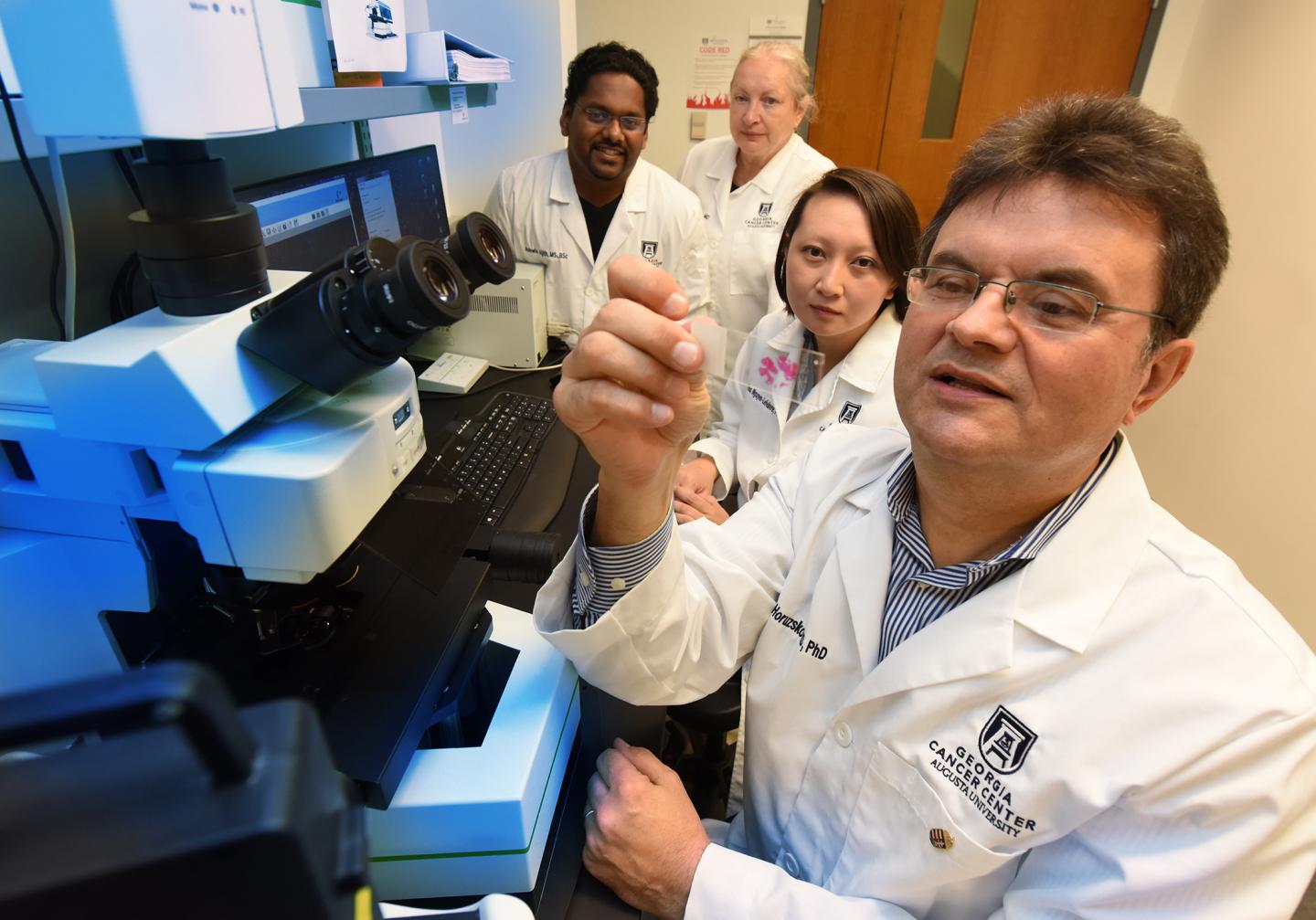 Problems like obesity and alcoholism appear to chronically trigger in the liver a receptor known to amplify inflammation in response to invaders like bacteria, scientists report. The relentless, increased activity of this receptor (TREM-1) in turn accelerates injury and scarring of the liver, a first step toward cirrhosis and liver cancer, says Dr. Anatolij Horuzsko, reproductive immunologist in the Georgia Cancer Center and Department of Medicine at the Medical College of Georgia at Augusta University. TREM-1 (triggering receptor expressed on myeloid cells-1), is known to help turn up inflammation short-term to help the body deal with external invaders. It has increased activity immediately after an injury as well, when increased inflammation, damage cleanup and collagen production aid healing. But Georgia Cancer Center scientists reported online on August 23, 2018 in the Journal of Clinical Investigation the first evidence that when activated by chronic offending agents, like obesity and hepatitis, TREM-1 instead contributes to a destructive level of inflammation that results in liver damage and possibly cancer. The unhealthy transformation can occur in five to 50 years, depending on factors like the level of insult, and may be largely reversible up to the point of cirrhosis, if the offending agent is stopped, and the liver's natural ability to regenerate takes over. The article is titled “The Innate Immune Receptor TREM-1 Promotes Liver Injury and Fibrosis.” Dr. Horuzsko and his colleagues think TREM-1 could one day be another point of intervention, possibly with a drug that could return TREM-1 activation to normal levels on resident, waste-consuming, watchdog immune cells called Kupffer cells. "Right now, we have treatment for hepatitis C, for example, which is very efficient, if we treat it before too much damage is done.
Login Or Register To Read Full Story
Login Register