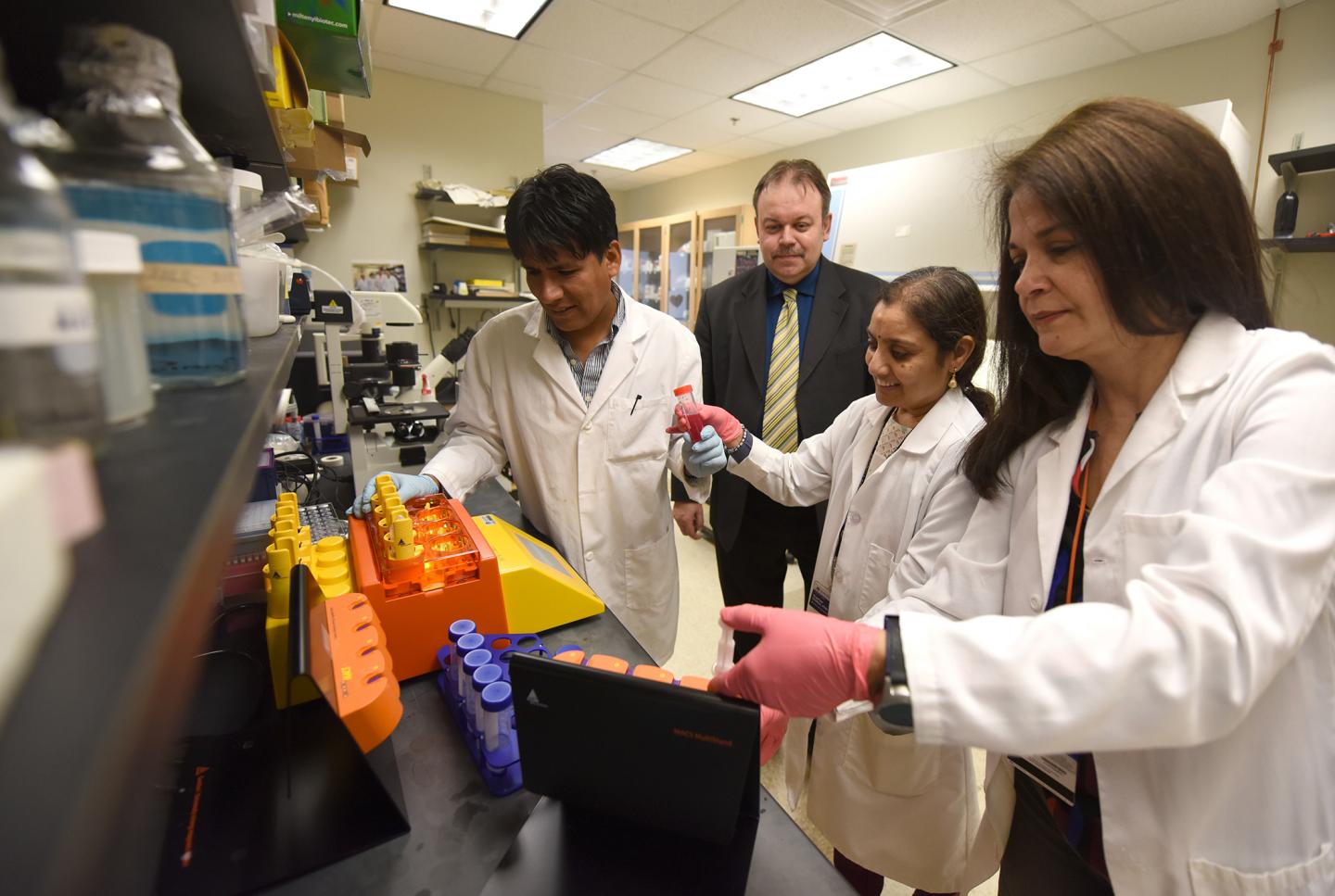 A synthetic peptide (TNF-derived TIP peptide) appears to directly disrupt the destructive inflammation that occurs in nephritis, enabling the kidneys to better recover and maintain their important functions, investigators report. Whether they gave the TIP peptide body-wide or delivered it directly to the kidneys, it reduced the movement of immune cells into the kidneys, resolved inflammation and damage, and improved kidney function, without increasing blood pressure, the scientists reported in an article published online on March 20, 2019 in Kidney International. The article is titled “The TNF-Derived TIP Peptide Activates the Epithelial Sodium Channel and Ameliorates Experimental Nephrotoxic Serum Nephritis.” Serious infection or injury, and diseases like uncontrolled hypertension and diabetes, can cause acute or chronic nephritis, which affects both kidneys and the million filtering units in each. Particularly when nephritis is chronic, patients often wind up in kidney failure and on dialysis, which has basic scientists and physicians alike looking for better interventions. So, the investigators in this study gave the TIP peptide the same way it might one day be given to patients, within a few days of signs of kidney inflammation. The scientists found that, in an animal model of moderate nephritis, the administration of the TIP peptide allowed the animals to avoid hallmark problems like excessive inflammation and protein in the urine, a sign of kidney dysfunction, says Rudolf Lucas, PhD, a vasculate biologist who is an Associate Professor in the Vascular Biology Center at the Medical College of Georgia (MCG) at Augusta University, and senior author of the Kidney International article.
Login Or Register To Read Full Story
Login Register