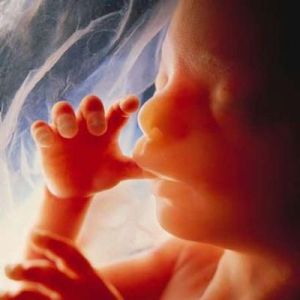 A large, multi-institutional research team involved in the NIH Epigenome Roadmap Project has published a sweeping analysis online on May 9, 2013 in Cell of how genes are turned on and off to direct early human development. Led by Dr. Bing Ren of the Ludwig Institute for Cancer Research, Dr. Joseph Ecker of The Salk Institute for Biological Studies, and Dr. James Thomson of the Morgridge Institute for Research, the scientists also describe novel genetic phenomena likely to play a pivotal role not only in the genesis of the embryo, but in that of cancer as well. Their publicly available data, the result of more than four years of experimentation and analysis, will contribute significantly to virtually every subfield of the biomedical sciences. After an egg has been fertilized, it divides repeatedly to give rise to every cell in the human body—from the patrolling immune cell to the pulsing neuron. Each functionally distinct generation of cells subsequently differentiates itself from its predecessors in the developing embryo by expressing only a selection of its full complement of genes, while actively suppressing others. "By applying large-scale genomics technologies," explains Dr. Ren, Ludwig Institute member and a professor in the Department of Cellular and Molecular Medicine at the UC San Diego School of Medicine, "we could explore how genes across the genome are turned on and off as embryonic cells and their descendant lineages choose their fates, determining which parts of the body they would generate." One way cells regulate their genes is by DNA methylation, in which a molecule known as a methyl group is tacked onto cytosine—one of the four DNA bases that write the genetic code.
Login Or Register To Read Full Story
Login Register