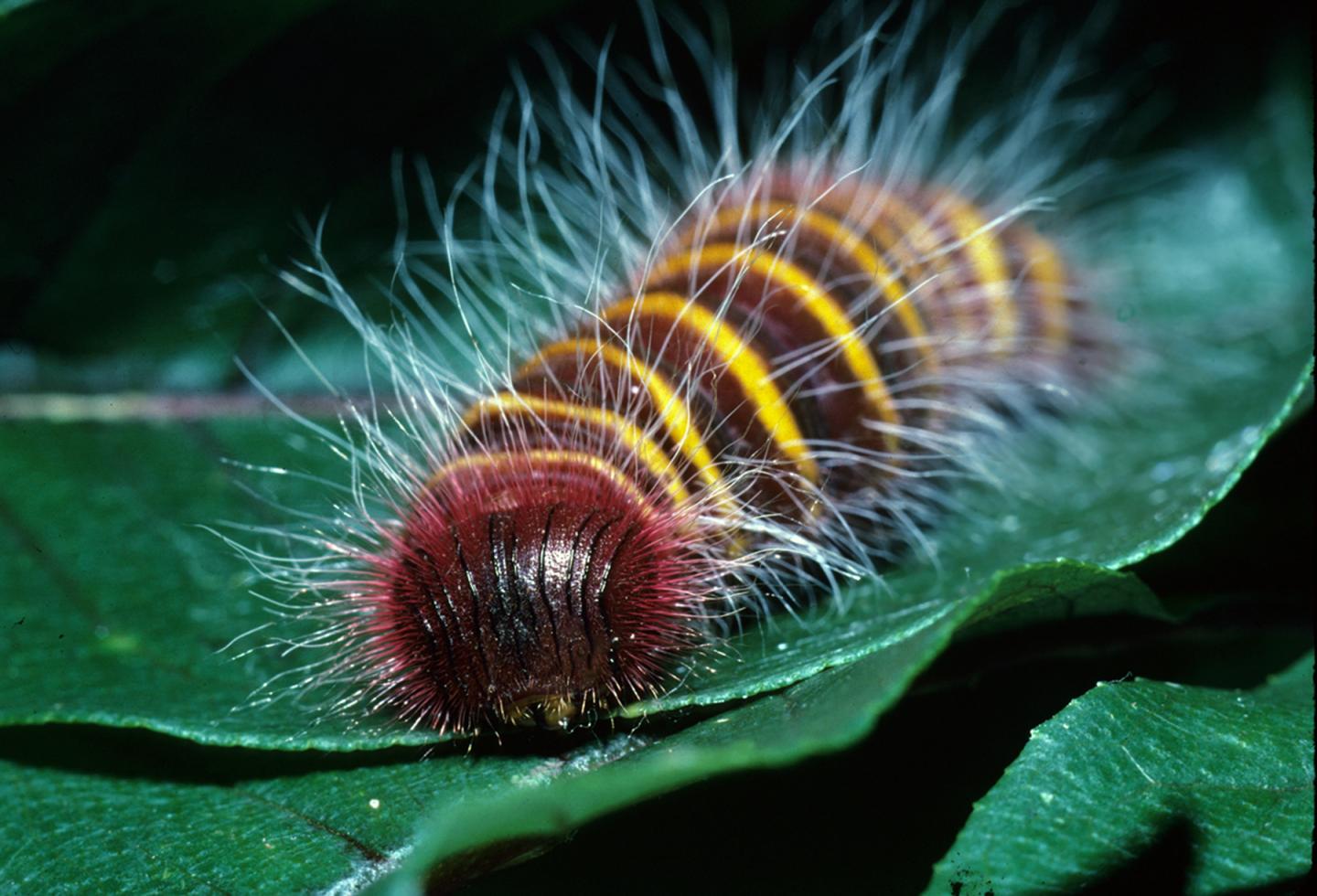 Scientists at the Smithsonian Tropical Research Institute (STRI) in Panama compared the diets of two caterpillar species, expecting that the caterpillar that exclusively consumed plants containing toxic chemicals would more easily incorporate toxins into its body than the one with a broad diet. They found just the opposite. The new finding, published online on August 20, 2015 in the Journal of Chemical Ecology, flies in the face of a long-held theory that specialist insects are better adapted to use toxic plant chemicals than non-specialists. The discovery opens new avenues for understanding plant-insect co-evolution--an ongoing arms race of plants producing new defense chemicals and insects finding ways around them. Toxic plant chemicals also have potential medical applications against microbes and cancer cells. The Journal of Chemical Ecology article is titled “Differential Sequestration of a Cytotoxic Vismione from the Host Plant Vismia baccifera by Periphoba arcaei and Pyrrhopyge thericles.” The tropical plant Vismia baccifera protects itself by producing a number of repellent chemicals, including three compounds that are toxic to living cells. Few plant-eating insects can stomach such a cocktail, but for those that can, the advantages are clear--less competition for a meal, and a chemical toolkit they can use in their own defense. Skipper butterfly, Pyrrhopyge thericles, caterpillars only eat plants in the genus Vismia. The caterpillars of a large moth, Periphoba arcaei, have a much broader diet, including Vismia plants and many others. Both are brightly colored caterpillars, one with flamboyant stripes, and the other blue-green with bristles, and they teach predators to associate their striking looks with toxicity--a defensive warning system known as aposematism.
Login Or Register To Read Full Story
Login Register