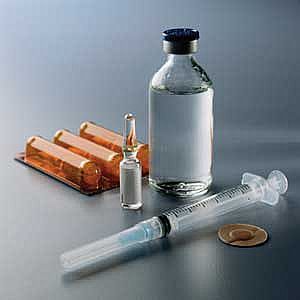 Patients with type 2 diabetes treated with insulin could be exposed to a greater risk of health complications including heart attack, stroke, cancer, and eye complications, a new study has found. Examining the UK Clinical Practice Research Datalink (CPRD) - data that characterises about 10% of the UK population - a team of researchers from Cardiff University's School of Medicine looked at the risk of death for patients taking insulin compared with other treatments designed to lower blood glucose levels in people with type 2 diabetes. The team's epidemiological study found people have greater risk of individual complications associated with diabetes such as heart attack, stroke, eye complications, and renal disease when compared with patients treated with alternative glucose-lowering treatments. The report was published online on January 31, 2013 in The Journal of Clinical Endocrinology & Metabolism. "Insulin treatment remains the most longstanding blood-glucose-lowering therapies for people with type 2 diabetes, with its use growing markedly in recent years," according to Professor Craig Currie from Cardiff University's School of Medicine, who led the study. "However, with new diabetes therapies and treatments emerging there has been a new spotlight on treatments to ensure what the best and safest form of diabetes treatment is. By reviewing data from CPRD between 1999 and 2011 we've confirmed there are increased health risks for patients with type 2 diabetes who take insulin to manage their condition," he adds. The study adds to previous findings which identified potential health risks of insulin in this specific group of people. Initial concerns were first raised regarding the use of insulin in type 2 diabetes from a population-based study in Canada, which reported a three-fold increase in mortality.
Login Or Register To Read Full Story
Login Register