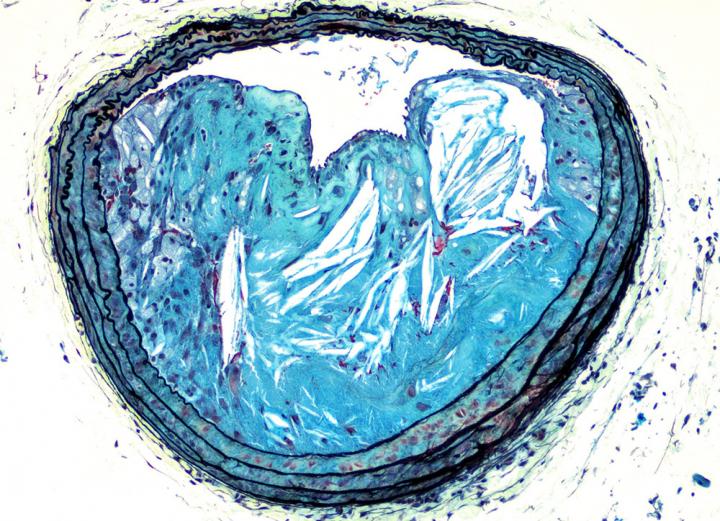 Recent findings suggest a novel approach for protecting people with diabetes from their higher risk of advanced blood vessel disease, which sets the stage for early heart attacks and strokes. Cardiovascular problems from atherosclerosis - plaque-like lesions forming in artery walls - are the major cause of death in people with type 2 diabetes and metabolic syndrome. People with metabolic syndrome exceed the normal range for several clinical measurements: blood pressure, blood sugar levels, harmful lipids, body mass index, and belly fat. The researchers studied mice with metabolic syndrome. The mice were obese and had impaired glucose tolerance, a sign of pre-diabetes. In the study, an insulin-mimicking synthetic peptide called S597 was shown to both reduce blood sugar levels and slow the progression of atherosclerotic lesions. Insulin, even when it controls diabetes, does not prevent atherosclerosis. The findings were published in the February 26, 2018 issue of Diabetes. The article is titled “A Novel Strategy to Prevent Advanced Atherosclerosis and Lower Blood Glucose in a Mouse Model of Metabolic Syndrome.” The senior author is Karin E. Bornfeldt, University of Washington (UW) School of Medicine Professor of Medicine, Division of Metabolism, Endocrinology and Nutrition. Jenny Kanter, UW Research Assistant Professor of Medicine, was the lead author. They are scientists at the UW Medicine Diabetes Institute. The study was conducted as a research collaboration with Novo Nordisk A/S. Although S597 is composed of a single chain of amino acids and looks nothing like insulin, S597 can still activate insulin receptors. But, unlike insulin, it's more selective in what it turns on inside the cells.
Login Or Register To Read Full Story
Login Register