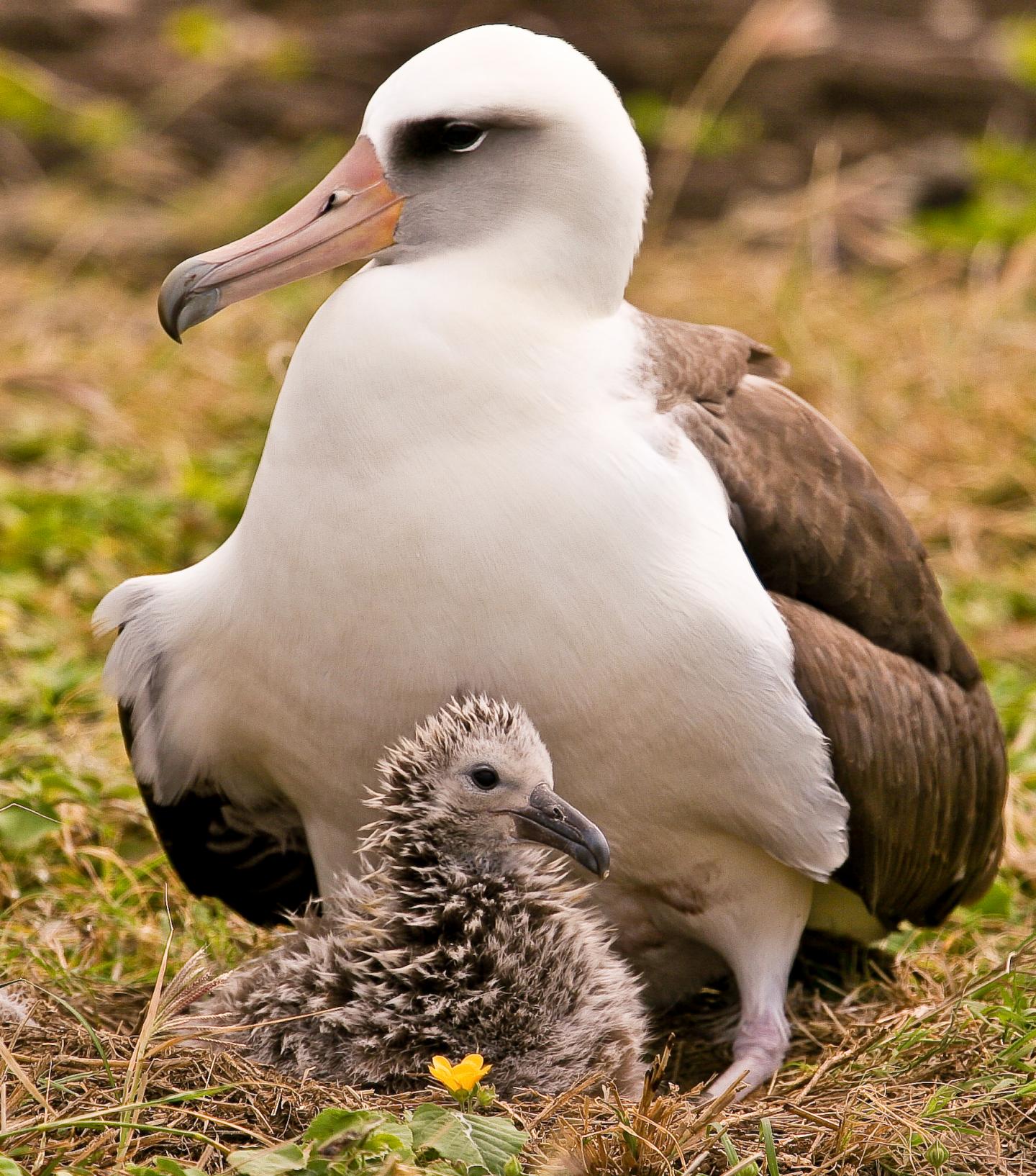 Understanding population dynamics is crucial for the conservation of long-lived species like albatrosses, but collecting data on albatrosses before they reach adulthood and begin to breed is challenging. A new study, published online on October 26, 2016 in The Condor: Ornithological Applications, provides the first direct estimates of the population size and annual survival of young birds in Oahu's Laysan Albatross population, giving important new insights into the demographics of these "prebreeders." The article is titled “Juvenile Survival, Recruitment, Population Size, and Effects Of Avian Pox Virus in Laysan Albatross (Phoebastria immutabilis) on Oahu, Hawaii, USA.” Husband-and-wife team Eric VanderWerf and Lindsay Young of Pacific Rim Conservation spent 14 years banding 477 Oahu albatrosses as chicks and monitoring what became of them. Contrary to the prevailing belief that young albatrosses remain at sea until they're ready to breed, VanderWerf and Young found that 2% of birds first returned to the colony as one-year-olds, 7% as two-year-olds, and 17% as three-year-olds. These early returners provided a rare window into the lives of young birds, allowing VanderWerf and Young to determine that prebreeders make up almost half of the Oahu population. Once they made it through their first year after fledging, the annual survival of these young birds was very high, estimated at about 97%.One threat to albatross populations is the mosquito-borne disease known as avian pox virus. "Although albatrosses and many other seabirds have strong immunity to avian pox virus, this disease has a negative long-term effect on their survival and chance of obtaining a mate," says VanderWerf.
Login Or Register To Read Full Story
Login Register