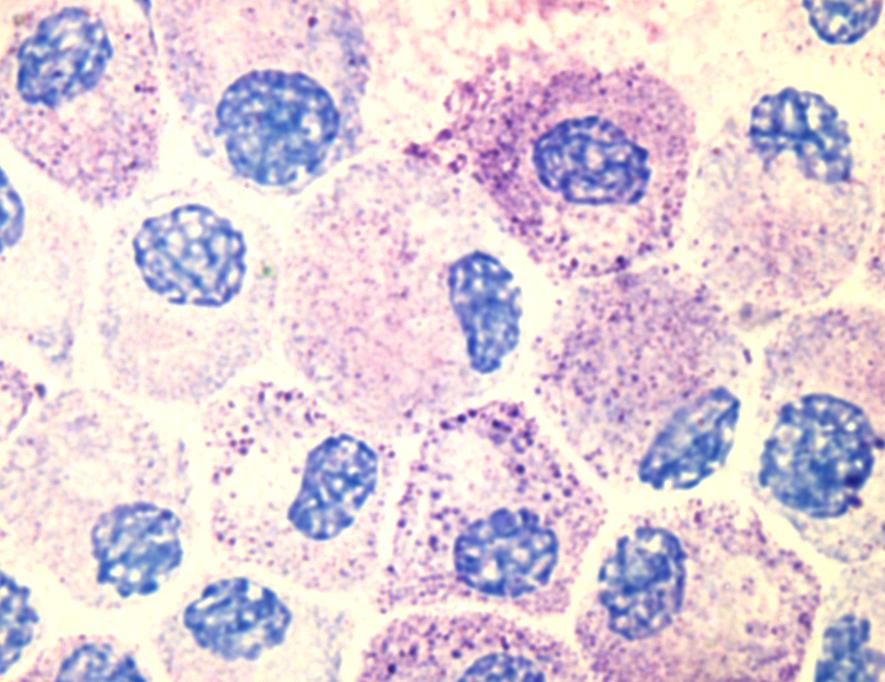 A recent study reports the development of a new mouse model for atopic dermatitis, an inflammatory skin disorder commonly known as eczema. The findings, published online on January 9, 2014 in an open-access article in Cell Reports, suggest that mast cells (image), a type of immune cell, are critical for both spontaneous and allergen-induced eczema. The study, led by researchers at the La Jolla Institute for Allergy and Immunology in the United States and including researchers from the Laboratory for Allergic Disease at the RIKEN Center for Integrative Medicine in Japan and other institutions, was supported in part by the National Institute of Allergy and Infectious Diseases (NIAID), a component of the National Institutes of Health. Eczema is estimated to affect approximately one in five infants and one in fifty adults in the United States. The causes underlying the disorder are unclear. Previous research has suggested a role for imbalanced immune responses and impaired skin defenses, as well as overproduction of thymic stromal lymphopoietin (TSLP), a protein that promotes inflammation. While different mouse models for eczema have been developed, research examining how they are linked to human disease is still ongoing. In the current study, researchers show that mice lacking phospholipase C-beta3 (PLC- beta3), an enzyme that helps regulate inflammation, develop a skin disorder similar to human eczema, with high levels of TSLP. In this model, disease progression depends on the accumulation of mast cells and the activity of a signaling protein called Stat5. This role for mast cells and Stat5 in eczema was not previously known. The researchers also examined skin lesions of eczema patients and found that some had accumulation of mast cells expressing active Stat5.
Login Or Register To Read Full Story
Login Register