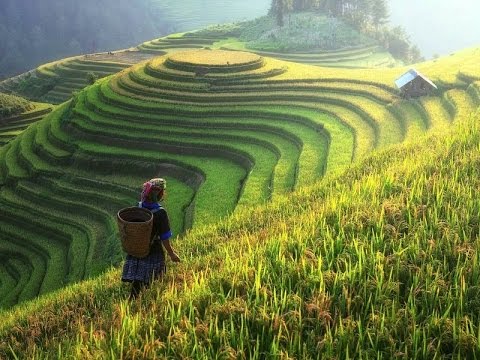 Researchers from the Okinawa Institute of Science and Technology Graduate University (OIST) have shed light on the reproductive role of “dark matter” DNA, i.e., non-coding DNA sequences that previously seemed to have no function. The findings, published online on June 19, 2020 in Nature Communications, have revealed that a specific non-coding genomic region is essential for the proper development of the male and female reproductive organs in rice. The article is titled “miR2118-Dependent U-Rich PhasiRNA Production in Rice Anther Wall Development.” "Rice is one of the major global crops and is the staple food in many countries, including Japan," said Reina Komiya, PhD, senior author of the research paper and Associate Researcher from the OIST Science and Technology Group. "Further research into how these genomic regions affect plant reproduction could potentially lead to increased productivity and more stable yields of rice." Many previous developmental studies have focused on genes--the regions of DNA that provide instructions for making proteins. But in complex creatures like plants and animals, a large fraction of the genome--typically between 90-98%--does not actually code for proteins. The vast expanse of this once-called “junk DNA” has long puzzled biologists, with many dubbing it the “dark matter” of the genome. But recent research suggests that many of these non-coding genomic regions may have a function after all, giving rise to non-coding RNAs that play a variety of roles in the cell. Scientists have now identified numerous types of non-coding RNA, ranging from small molecules only 20-30 nucleotide bases in length to long molecules of over 200 nucleotides.
Login Or Register To Read Full Story
Login Register