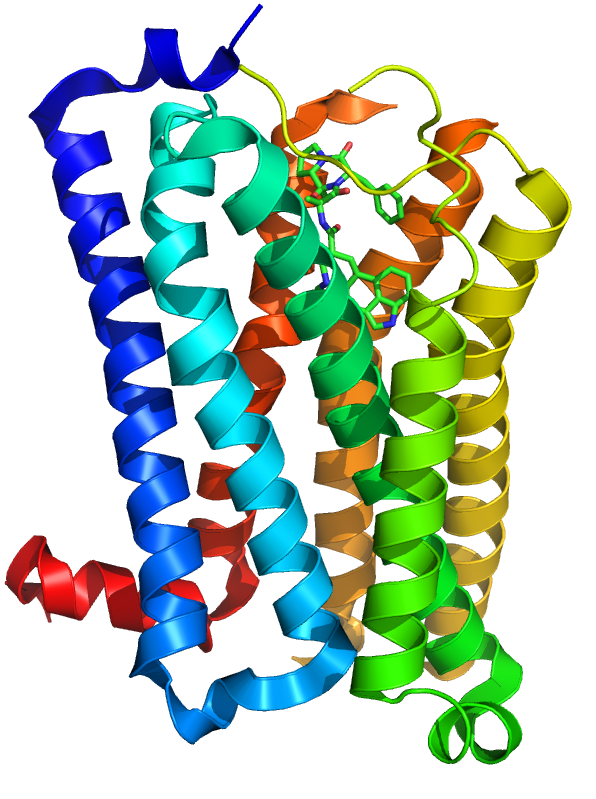 A team of researchers from Case Western Reserve University School of Medicine has used Nobel-prize-winning electron microscope technology (cryo-EM) to image full-length serotonin receptors for the first time. The tiny proteins--approximately a billionth of a meter long--are common drug targets, despite limited available information about their structure. Now, new images published online on February 6, 2018 in Nature Communications provide snapshots of the receptors, including details about molecular binding sites that could lead to more precise drug design. The open-access article is titled “Cryo-EM Structure of 5-HT3A Receptor in Its Resting Conformation.” Serotonin receptors sit in cell membranes throughout the body, including membranes in the brain, stomach, and nerves. These receptors are highly dynamic with many moving parts, making them difficult subjects to capture in images. Researchers commonly break the receptor into pieces to study it. But by studying full-length serotonin receptors, researchers in the new study showed how its different portions interact. The researchers describe "a finely-tuned orchestration of three domain movements" that allows the receptors to elegantly control passageways across cell membranes. The study reveals how serotonin receptors work, says study first author Sandip Basak, PhD, a postdoctoral fellow in the Department of Physiology and Biophysics at Case Western Reserve University School of Medicine. "The serotonin receptor acts as a gateway, or channel, from outside the cell to inside," he says. "When serotonin binds onto the receptor, the channel switches conformation from closed to open. It eventually twists into a 'desensitized' state, where the channel closes but serotonin remains attached.
Login Or Register To Read Full Story
Login Register