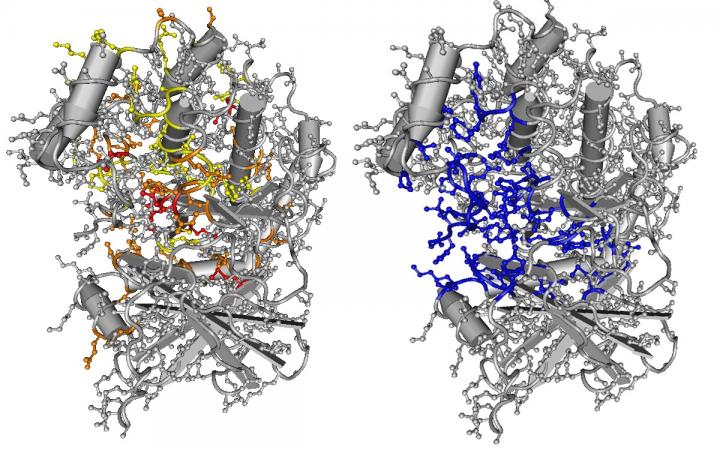 Scientists have identified thousands of previously ignored genetic mutations that, although rare, likely contribute to cancer growth. The findings, which could help pave the way to new treatments, were published online on April 20, 2017 in the open-access journals PLOS Computational Biology. The article is titled “Oncodomains: A Protein Domain-Centric Framework for Analyzing Rare Variants in Tumor Samples.” Cancer arises when genetic mutations in a cell cause abnormal growth that leads to a tumor. Some cancer drugs exploit this to attack tumor cells by targeting proteins that are mutated from their usual form because of mutations in the genes that encode them. However, only a fraction of all the mutations that contribute significantly to cancer have been identified. Thomas Peterson, Ph.D., at the University of Maryland, and colleagues developed a new statistical analysis approach that uses genetic data from cancer patients to find cancer-causing mutations. Unlike previous studies that focused on mutations in individual genes, the new approach addresses similar mutations shared by families of related proteins. Specifically, the new method focuses on mutations in sub-components of proteins known as protein domains. Even though different genes encode them, different proteins can share common protein domains. The new strategy draws on existing knowledge of protein domain structure and function to pinpoint locations within protein domains where mutations are more likely to be found in tumors.
Login Or Register To Read Full Story
Login Register