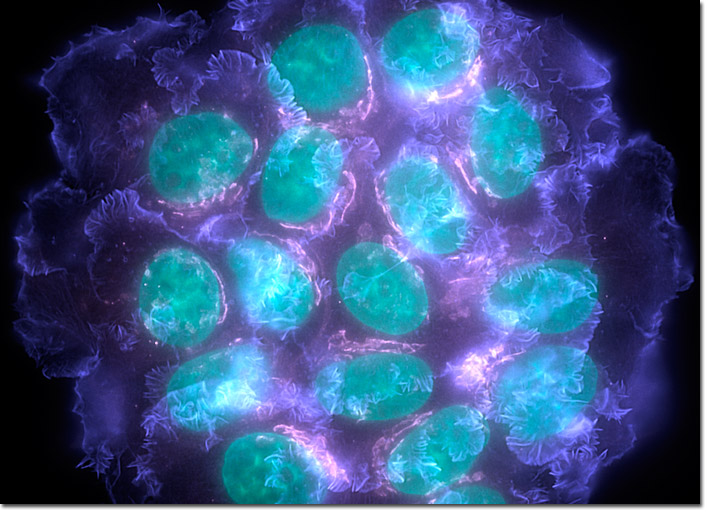 Cancer researchers at the Kimmel Cancer Center at Thomas Jefferson University and an international team of collaborators have discovered a biomarker in breast cancer that may help identify which women will respond to anti-estrogen therapy. The research appeared online on May 16, 2011, in the Journal of Clinical Oncology. Anti-estrogen drugs, most notably tamoxifen, are widely used in patients diagnosed with estrogen receptor-positive breast cancer. However, as many as a third of the women given tamoxifen fail to respond. In this new study, the investigators found that women whose tumors retain the active form of the protein biomarker Stat5 have an increased likelihood of responding to tamoxifen. In contrast, women treated with tamoxifen whose tumors lacked active Stat5 had up to a 20-fold increased risk of dying from breast cancer after adjustment for effects of standard hormone receptor markers and other pathology data. "Identification of predictive biomarkers present in breast cancer will lead to improved individualized therapies tailored specifically towards each woman's cancer," said Dr. Hallgeir Rui, professor of oncology, Kimmel Cancer Center at Thomas Jefferson University, and principal investigator of the study. "Absence of the active form of Stat5 could help identify a group of patients unlikely to respond to tamoxifen so they may be offered alternative and more aggressive treatments." Stat5 protein is a DNA-binding factor that regulates expression of certain genes, many of which remain unknown. During pregnancy, Stat5 is activated by the hormone prolactin, and stimulates milk production in the breast. Active Stat5 is also detectable at lower levels in healthy breast tissue of non-pregnant women.
Login Or Register To Read Full Story
Login Register