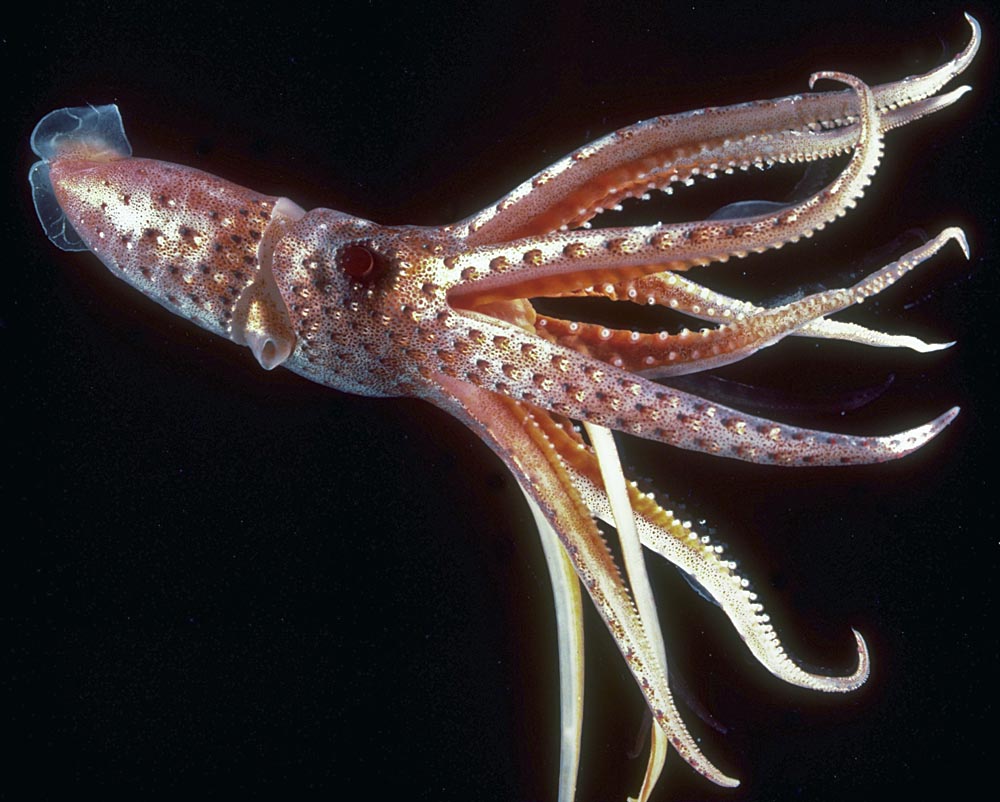 Octopus, squid, and cuttlefish are famous for engaging in complex behavior, from unlocking an aquarium tank and escaping, to instantaneous skin camouflage to hide from predators. A new study suggests their evolutionary path to neural sophistication includes a novel mechanism: prolific RNA editing at the expense of evolution in their genomic DNA. The study, led by Joshua J.C. Rosenthal, Ph.D., of the Marine Biological Laboratory (MBL), Woods Hole; and Eli Eisenberg, Ph.D., and Noa Liscovitch-Brauer, Ph.D., of Tel Aviv University, was published on April 6, 2017 in Cell. The open-access featured article is titled “Trade-Off Between Transcriptome Plasticity and Genome Evolution in Cephalopods.” The research builds on the scientists' prior discovery that squid display an extraordinarily high rate of editing in coding regions of their RNA -- particularly in nervous system cells -- which has the effect of diversifying the proteins that the cells can produce. (More than 60 percent of RNA transcripts in the squid brain are recoded by editing, while in humans or fruit flies, only a fraction of 1 percent of their RNAs have a recoding event.) In the present study, the scientists found similarly high levels of RNA editing in three other "smart" cephalopod species (two octopus and one cuttlefish) and identified tens of thousands of evolutionarily conserved RNA recoding sites in this class of cephalopods, called coleoid. Editing is especially enriched in the coleoid nervous system, they found, affecting proteins that are the key players in neural excitability and neuronal morphology. In contrast, RNA editing in the more primitive cephalopod Nautilus and in the mollusk Aplysia occurs at orders of magnitude lower levels than in the coleoids, they found.
Login Or Register To Read Full Story
Login Register