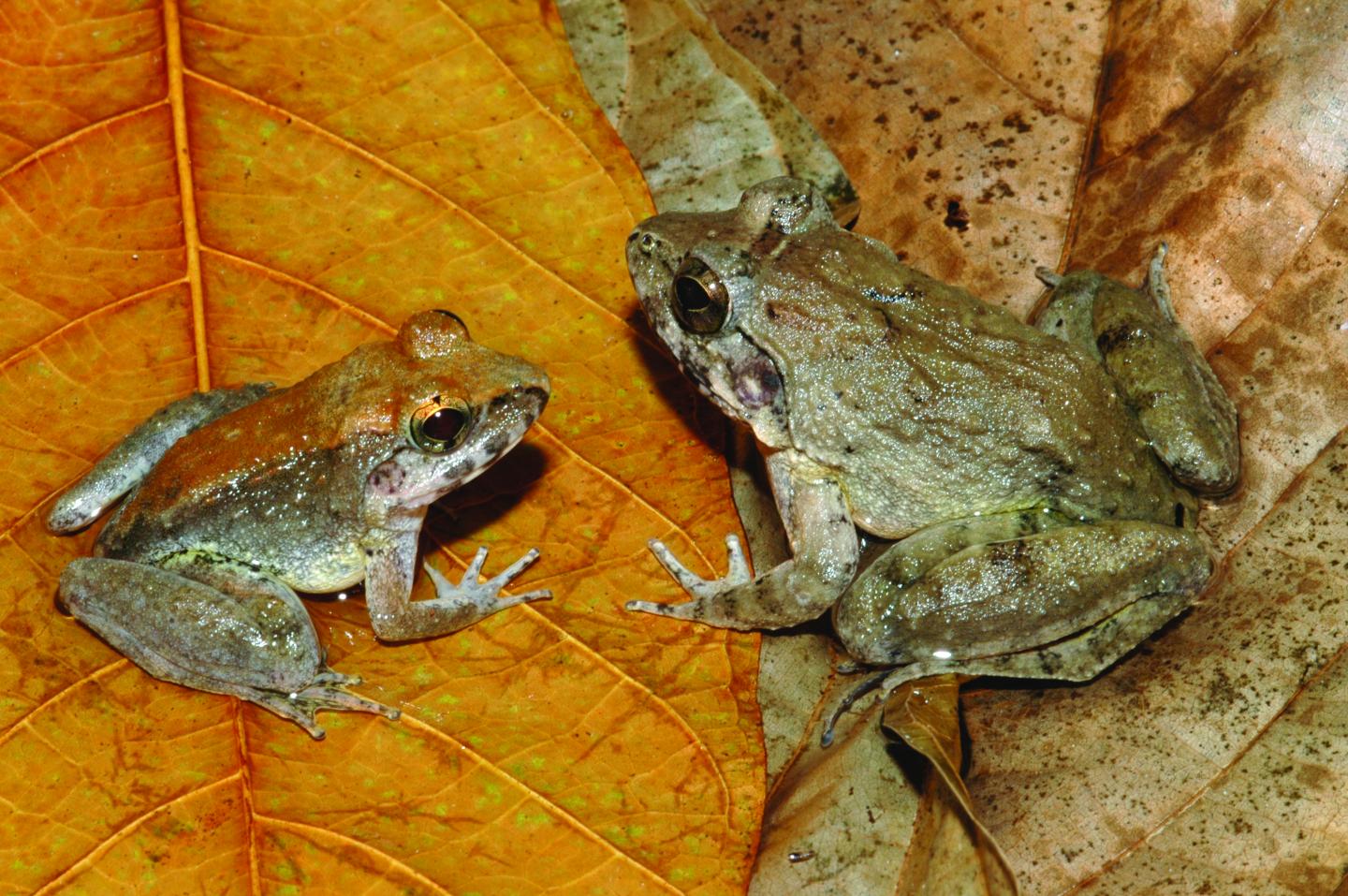 University of California (Berkeley) herpetologist Dr. Jim McGuire was slogging through the rain forests of Indonesia's Sulawesi Island one night this past summer when he grabbed what he thought was a male frog and found himself juggling not only a frog but also dozens of slippery, newborn tadpoles. He had found what he was looking for: direct proof that the female of a new species of frog does what no other frog does. It gives birth to live tadpoles instead of laying eggs. A member of the Asian group of fanged frogs, the new species was discovered a few decades ago by Indonesian researcher Dr. Djoko Iskandar, McGuire's colleague, and was thought to give direct birth to tadpoles, though the frog's mating and an actual birth had never been observed before. "Almost all frogs in the world - more than 6,000 species - have external fertilization, where the male grips the female in amplexus and releases sperm as the eggs are released by the female," Dr. McGuire said. "But there are lots of weird modifications to this standard mode of mating. This new frog is one of only 10 or 12 species that has evolved internal fertilization, and of those, it is the only one that gives birth to tadpoles as opposed to froglets or laying fertilized eggs." Dr. Iskander, Dr. McGuire and Dr. Ben Evans of McMaster University in Ontario, Canada, named the species Limnonectes larvaepartus and fully described it in an article published online on December 31, 2014 in the open-access journal PLOS ONE. Frogs have evolved an amazing variety of reproductive methods, says Dr. McGuire, an associate professor of integrative biology and curator of herpetology at UC Berkeley's Museum of Vertebrate Zoology. Most male frogs fertilize eggs after the female lays them.
Login Or Register To Read Full Story
Login Register