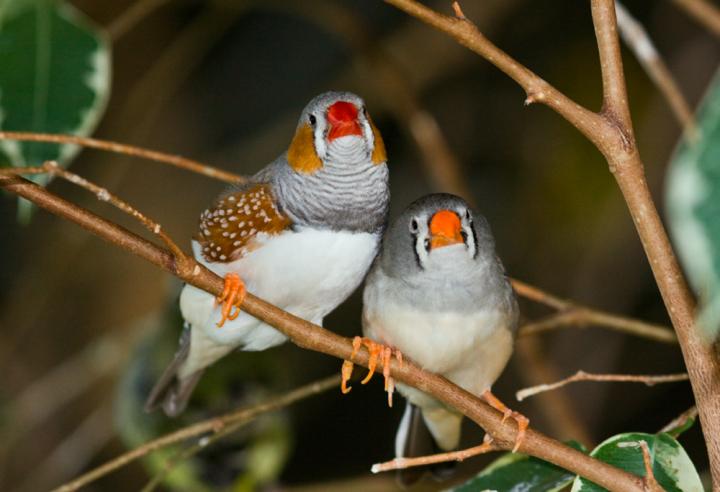 Although Huntington's disease is caused by mutations in a single gene, understanding how it ravages the brain and body has been anything but simple. A new study by Duke University scientists parses the role of the Huntington's disease gene in an area of the brain responsible for complex, sequential movements like those used to talk to a friend, play the violin, or swing a golf club. Described on March 7, 2016 in PNAS, the findings not only give a clearer view of how the genetic mutation that causes Huntington's disease alters brain and behavior, they may also offer a new therapeutic target for treatment. "These new results make a direct link between the genetic mutation, the insults that mutation causes to brain structure and function, and the behavioral pathology," said Richard Mooney, Ph.D., the George Barth Geller Professor of Neurobiology in the Duke School of Medicine. The PNAS article is titled “Focal Expression of Mutant Huntingtin in the Songbird Basal Ganglia Disrupts Corticobasal Ganglia Networks and Vocal Sequences.” Last year, researchers at the Rockefeller University in New York described a genetically altered songbird that shows an array of symptoms reminiscent of Huntington's disease, such as tremor, body stiffness and difficulties vocalizing. The songbird is ideal for studying Huntington's disease, Dr. Mooney said, because of the way evolution has enhanced the regions of its brain that are important in learning and singing songs. A song is produced by a string of precise movements of the vocal and respiratory muscles. Because each bird normally sings the same way every time, researchers can easily measure and detect subtle changes to the birds' movements caused by a faulty gene. The Rockefeller group expressed the mutated gene throughout the entire brain and body of the songbird, affecting many behaviors.
Login Or Register To Read Full Story
Login Register