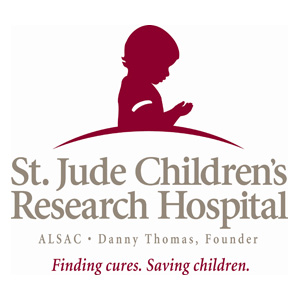 Research led by St. Jude Children's Research Hospital scientists advances a strategy for reducing the side effects and enhancing the therapeutic benefits of steroids and other medications that work by disrupting the activity of certain hormones. The approach relies on a small molecule developed at St. Jude. In this study, scientists showed that a compound known as SJ-AK selectively blocked the activity of genes in a cell signaling pathway regulated by thyroid hormone. Investigators showed that SJ-AK also affected cells growing in the laboratory, reducing cell proliferation as well as the production and secretion of a growth hormone regulated by thyroid hormone. The research appears in the October 21, 2011 issue of the scientific journal ACS Chemical Biology. The findings raise hope that compounds like SJ-AK will lead to drugs with more tailored effects by selectively controlling signaling pathways that switch genes on and off. This research focused on a pathway controlled by a thyroid hormone. Investigators said, however, the approach also could potentially be used to target pathways regulated by glucocorticoid, estrogen, androgen, and other hormones that are widely used to treat cancer and other conditions, but that also have serious side effects. "This study offers the first evidence it is possible to shut down a portion of the signaling network activated by a particular hormone," said Dr. R. Kiplin Guy, chair of the St. Jude Chemical Biology and Therapeutics Department. Dr. Guy is the senior author of the paper. The first author is Dr. Prabodh Sadana, a former St. Jude postdoctoral fellow who now works in the Department of Pharmaceutical Sciences at Northeastern Ohio Universities College of Medicine and Pharmacy.
Login Or Register To Read Full Story
Login Register