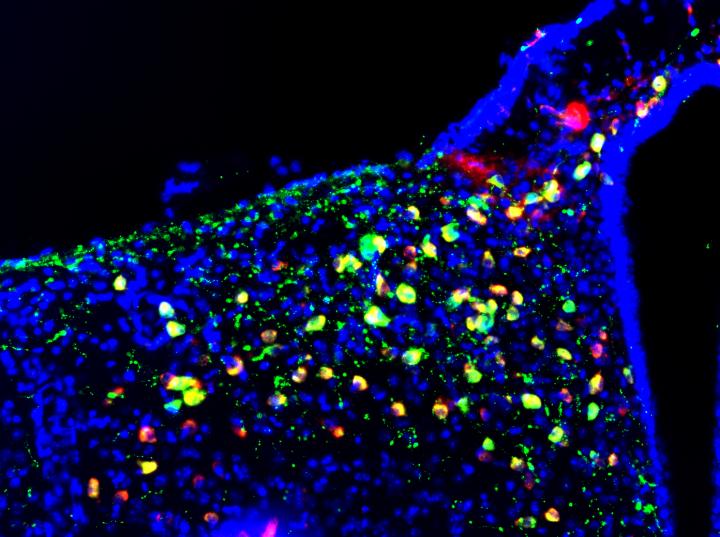 The brain is key in the regulation of appetite, body weight, and metabolism. Specifically, there is a small group of hypothalamus neurons, called POMC (pro-opiomelanocortin) neurons, that detect and integrate signals that inform on the energy state of the organism and activate the appropriate physiological responses. These neurons are sensitive to fluctuations in nutrients such as glucose, fatty acids, and amino acids. Now, a research project co-chaired by Marc Claret, at the August Pi i Sunyer Biomedical Research Institute (IDIBAPS), and Antonio Zorzano, at the Institute for Research in Biomedicine (IRB Barcelona), both members of the CIBERDEM network, reveals the connection between POMC neurons at the hypothalamus and the release of insulin by the pancreas and describes new molecular mechanisms involved in this connection. The study was published in the June 6, 2017 issue of Cell Metabolism and the first authors are Sara Ramírez and Alicia G. Gómez-Valadés, both at IDIBAPS. The article is titled “Mitochondrial Dynamics Mediated by Mitofusin 1 Is Required for POMC Neuron Glucose-Sensing and Insulin Release Control.” POMC neurons detect changes in nutrient availability, but the molecular mechanisms involved are not known in detail. Also changes in the shape of mitochondria, a phenomenon known as mitochondrial dynamics, is a mechanism of energy adaptation in changing metabolic conditions, to adjust the needs of cells. To determine whether defects in the mitochondrial dynamics of this small nucleus of POMC neurons could cause alterations in metabolism, researchers removed a mitochondrial dynamics protein, mitofusin 1, in these cells in mice. First, the scientists observed that these mice have altered detection of glucose levels and adaptation between the fasting state and after being fed. Second, they found that these defects lead to disturbances in the glucose metabolism that are caused by a lower secretion of insulin.
Login Or Register To Read Full Story
Login Register