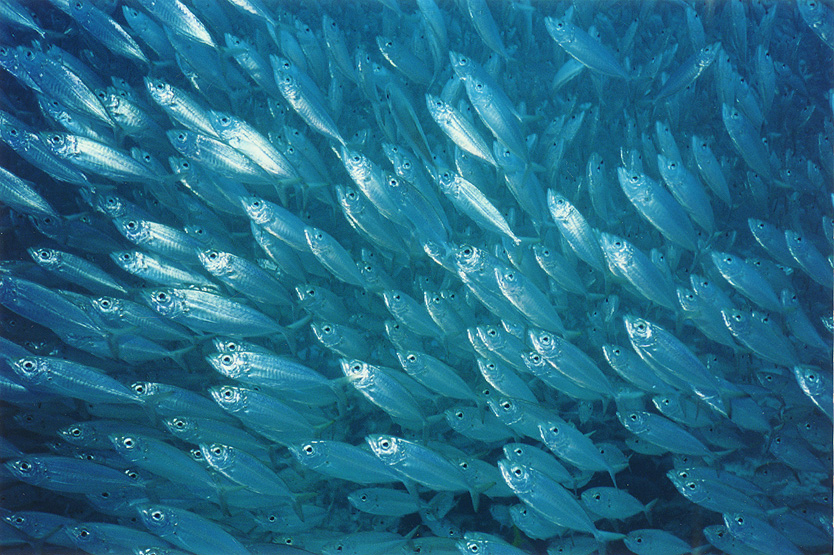 When times are good, it pays to be the big fish in the sea; in the aftermath of disaster, however, smaller is better. According to new research led by the University of Pennsylvania's (Penn’s) Lauren Sallan, Ph.D., a mass extinction 359 million years ago known as the Hangenberg event (End-Devonian mass extinction) triggered a drastic and lasting transformation of Earth's vertebrate community. Beforehand, large creatures were the norm, but, for at least 40 million years following the die-off, the oceans were dominated by markedly smaller fish. "Rather than having this thriving ecosystem of large things, you may have one gigantic relic, but otherwise, everything is the size of a sardine," said Dr. Sallan, an Assistant Professor in Penn's Department of Earth and Environmental Science in the School of Arts & Sciences. The finding, which suggests that small, fast-reproducing fish possessed an evolutionary advantage over larger animals in the disturbed, post-extinction environment, may have implications for trends we see in modern species today, such as in fish populations, many of which are crashing due to overfishing. The research was reported in the Novemeber 13, 2015 issue of Science. The article is titled “Body-Size Reduction in Vertebrates Following the End-Devonian Mass Extinction.” This article is accompanied by a Perspective piece (link below) in the same issue of Science. That piece is titled “One Era You Are In—The Next You Are Out.” Paleontologists and evolutionary biologists have long debated the reasons behind changes in animal body sizes. One of the main theories is known as Cope's rule, which states that the body size of a particular group of species tends to increase over time because of the evolutionary advantages of being larger, which include avoiding predation and being better able to catch prey.
Login Or Register To Read Full Story
Login Register