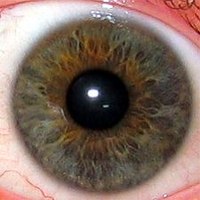 Recently, University of Missouri researchers have developed a pupil response test that is 92.5 percent accurate in separating children with autism from those with typical development. The scientists used a computerized binocular infrared device, which eye doctors normally use for vision tests, to measure how pupils react to a 100-millisecond flash of light. The results showed that pupils of children diagnosed with autism were significantly slower to respond than those of a control group. "There are several potential mechanisms currently under study," said Dr. Gang Yao, senior author of the study. "If these results are successfully validated in a larger population, the pupils’ light response (PLR) might be developed into a biomarker that could have clinical implications in early screening for risks of autism. Studies have shown that early intervention will improve these children's developmental outcome." Autism is estimated to affect 1 in 150 children today, making it more common than childhood cancer, juvenile diabetes, and pediatric AIDS combined. Despite its widespread effect, autism is not well understood and there are currently no objective medical tests to diagnose it. This new report was published in the November issue of the Journal of Autism and Developmental Disorders. [Press release] [JADD article]
Login Or Register To Read Full Story
Login Register