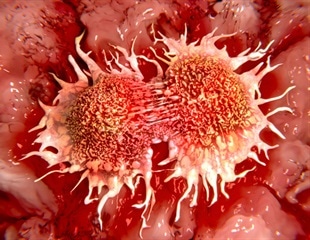 The year 2021 marks the 100th anniversary of a fundamental discovery that's taught in every biochemistry textbook. In 1921, German physician Otto Warburg observed that cancer cells harvest energy from glucose sugar in a strangely inefficient manner: rather than "burning" it using oxygen (aerobic glycolysis; cancer cells do what yeast do--they ferment it, in an oxygen-independent process (anaerobic glycolysis) that occurs quickly, but leaves much of the energy in glucose untapped. Various hypotheses to explain the “Warburg effect” have been proposed over the years, including the idea that cancer cells have defective mitochondria--their "energy factories"--and therefore cannot perform the controlled burning of glucose. But none of these explanations has withstood the test of time. (Cancer cells' mitochondria work just fine, for example.) Now, a research team at the Sloan Kettering Institute led by immunologist Ming Li, PhD, offers a new answer, based on a large set of genetic and biochemical experiments and published in the January 22, 2021 issue of Science. It comes down to a previously unappreciated link between Warburg metabolism and the activity of a powerhouse enzyme in the cell called PI3 kinase. The article is titled “Glycolysis Fuels Phosphoinositide 3-Kinase Signaling to Bolster T Cell Immunity.” "PI3 kinase is a key signaling molecule that functions almost like a commander-in-chief of cell metabolism," Dr. Li says. "Most of the energy-costly cellular events in cells, including cell division, occur only when PI3 kinase gives the cue." As cells shift to Warburg metabolism, the activity of PI3 kinase is increased, and, in turn, the cells' commitment to divide is strengthened. It's a bit like giving the commander-in-chief a megaphone.
Login Or Register To Read Full Story
Login Register