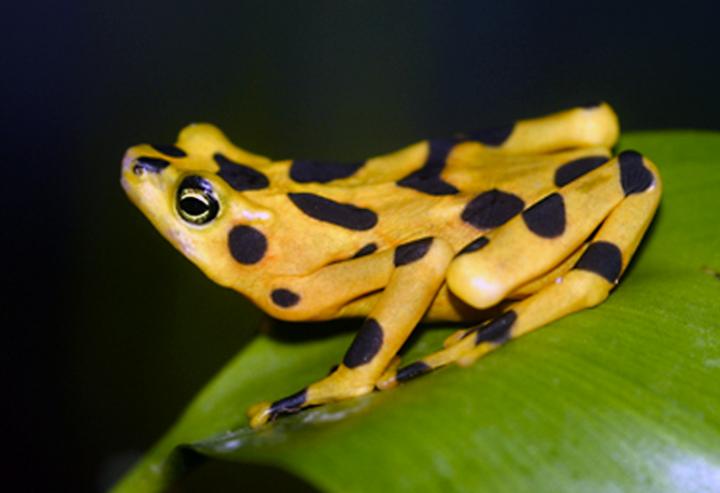 A team of scientists including Virginia Tech researchers is one step closer to understanding how bacteria on a frog's skin affects the frog’s likelihood of contracting disease. A frog-killing fungus known as Batrachochytrium dendrobatidis, or Bd, has already led to the decline of more than 200 amphibian species, including the now-extinct-in-the-wild Panamanian golden frog. In a recent study, the research team attempted to apply beneficial bacteria found on the skin of various Bd-resistant wild Panamanian frog species to Panamanian golden frogs in captivity, to see if this would stimulate a defense against the disease. They found that, while the treatment with beneficial bacteria was not successful due to its inability to stick to the skin, there were some frogs that survived exposure to the fungus. These survivors actually had unique bacterial communities on their skin before the experiments started. The results were published online on March 18, 2015 in an open-access article in the Proceedings of the Royal Society B. The title of the article is “Composition of Symbiotic Bacteria Predicts Survival in Panamanian Golden Frogs Infected with a Lethal Fungus.” The next step is to explore these new bacterial communities. "We were disappointed that the treatment didn't work, but glad to have discovered new information about the relationship between these symbiotic microbial communities and amphibian disease resistance," said Dr. Lisa Belden, an Associate Professor of Biological Sciences in the College of Science, a Fralin Life Science Institute affiliate, and a faculty member with the new Global Change Center at Virginia Tech. "Every bit of information gets us closer to getting these frogs back into nature."
Login Or Register To Read Full Story
Login Register