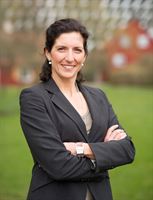 Researchers at Sweden’s Karolinska Institutet and at the University of British Columbia, Canada, have identified a gene variant in the promoter region of the gene for the “huntingtin” (HTT) protein that influences whether Huntington’s disease develops earlier or later than expected. The findings, which were published online on May 4, 2015 in Nature Neuroscience, can contribute to improved diagnosis and disease-modifying therapies. The title of the article is “A SNP in the HTT Promoter Alters NF-kB Binding and Is a Bidirectional Genetic Modifier of Huntington Disease.” A typical symptom of the inherited, progressive, neurodegenerative Huntington’s disease is involuntary movements. While the symptom normally debuts in middle-age, there is wide individual variation in how the disease manifests itself, and even though two people carry the exact same genetic mutation that codes for the mutated HTT protein, there can be up to a 20-year difference in disease onset. Scientists have now discovered a single-base change in the promoter region of the HTT gene and they think this minor change plays an important role in the variation in disease onset. “We’ve identified, for the first time, a gene variant that affects the onset of the disease,” says lead author Dr. Kristina Bečanović (photo) from Karolinska Institutet’s Department of Clinical Neuroscience. “What’s interesting is that we managed to show that it can both delay and accelerate the development of the disease, depending on which gene copy it sits on.” Most people who develop Huntington’s disease have one normal and one mutated huntingtin gene residing on two homologous chromosomes.
Login Or Register To Read Full Story
Login Register